'Doesn’t even look like the same place': Tornado destroys farm in southwestern Manitoba 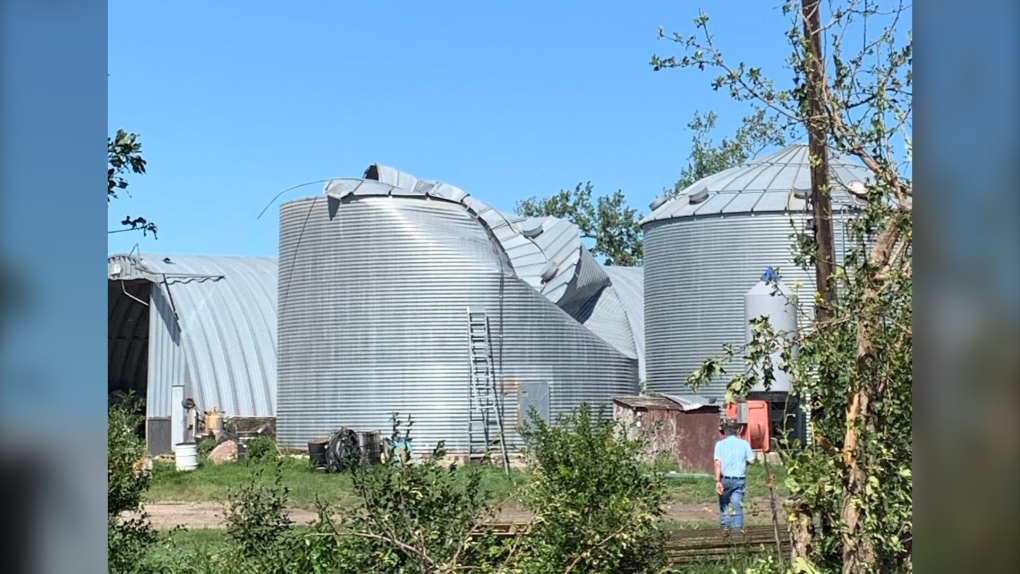 WINNIPEG -- A deadly tornado tore through southwestern Manitoba Friday night, leaving a path of destruction in its wake.

An 18-year-old boy and 18-year-old girl, both from Melita, were killed after their vehicle was launched into a field in Scarth, Man. A 54-year-old man from Sioux Valley Dakota First Nation was injured when his car was flipped into a ditch.

The twister touched down around 8 p.m. and has been given a preliminary classification of an EF2 tornado. Environment Canada said it produced winds around 190 kilometres per hour.

“It’s devastating. It just doesn’t even look like the same place anymore,” said Shirley Rudneski, a friend of the man whose farmland was destroyed.

Rudneski said of the 16 or 18 bins, only about five are left standing.

She said most of her friend’s big machinery was spared, as it was inside the Quonset. However, a grain truck was wrecked. She said several trees were also taken out in the tornado.

“There’s one fruit tree left out of about seven or eight,” said Rudneski.

She described the property as a beautiful, peaceful, and quiet place before the storm, with stunning rows of lilacs in the spring. She said the home used to be shaded by the bins and trees, but now it’s wide open.

The tornado didn’t damage the property owner’s crops, but he’ll now need a place to store them given the damage done to the bins.

Rudneski said in the short time since the tornado hit, the community support has been phenomenal.

“People came from Cromer today with equipment,” she said. “I would say there was going on 50 people here today out in the fields, picking up the debris since noon, and before that they were working around here with equipment.”