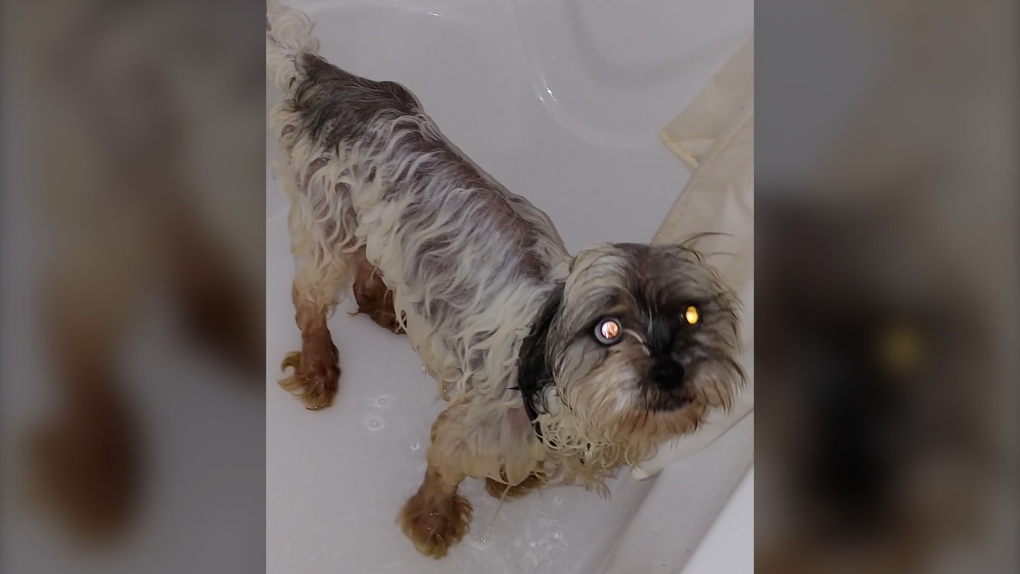 WINNIPEG -- A Winnipeg family has been reunited with their family dog seven weeks after it escaped during a serious highway car crash.

On Aug. 7, the Steinke family was driving down Highway 304 near Pine Falls, Man. to go to their cottage when the right driver's side wheel sheared off the truck.

The truck lost control and flipped several times into the ditch.

"My husband and I were stuck in the vehicle by our seat belts," said Meagan Steinke. "My daughter and her friend were the first to get out through the back of the truck." 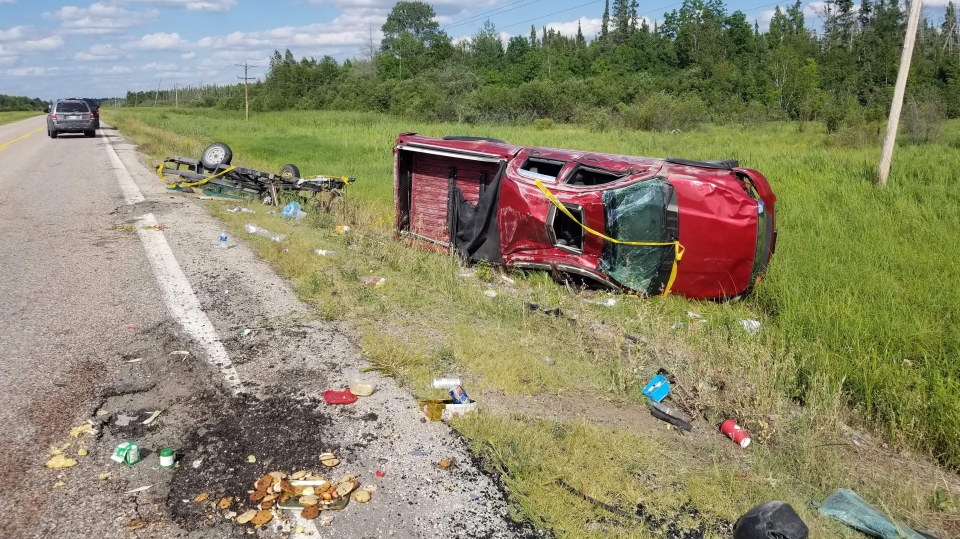 The parents were freed a short while later by some people their daughter, Hazel Steinke, flagged down for help.

"Someway, somehow, we survived that and were able to crawl out," said Steinke.

She suffered a head injury but the rest of the family walked away from the accident largely unscathed.

When the crash happened, the family's two small dogs managed to escape the wrecked vehicle.

While one stayed close, Murphy, a 6-year-old Shih Tzu, took off running.

"Murphy, in some state of shock, was seen running down the highway, but nobody could get him," Steinke said. "Hazel and her friend ran and my husband were running around the site barefoot, full of glass, trying to find him."

Unfortunately, the family could not find Murphy.

The family put up posters near the crash area and took to social media to ask for help finding Murphy.

"People we don't even know, strangers, would contact us saying they stopped there and would call out his name and watched for him along that part of the highway," recalled Steinke.

On Sept. 25, seven weeks later, a phone call came from a couple that said they found Murphy near the crash site.

"They just found him walking along the side of the road in the tall grass soaking wet," Meagan said.

Murphy was returned to the family and has seen a vet. The dog lost a lot of weight while surviving alone but is expected to make a full recovery.

"He is Hazel's fur baby, so he's constantly lying in her arms," said Steinke with tears in her eyes. "We didn't think this day would come, so we are super excited." 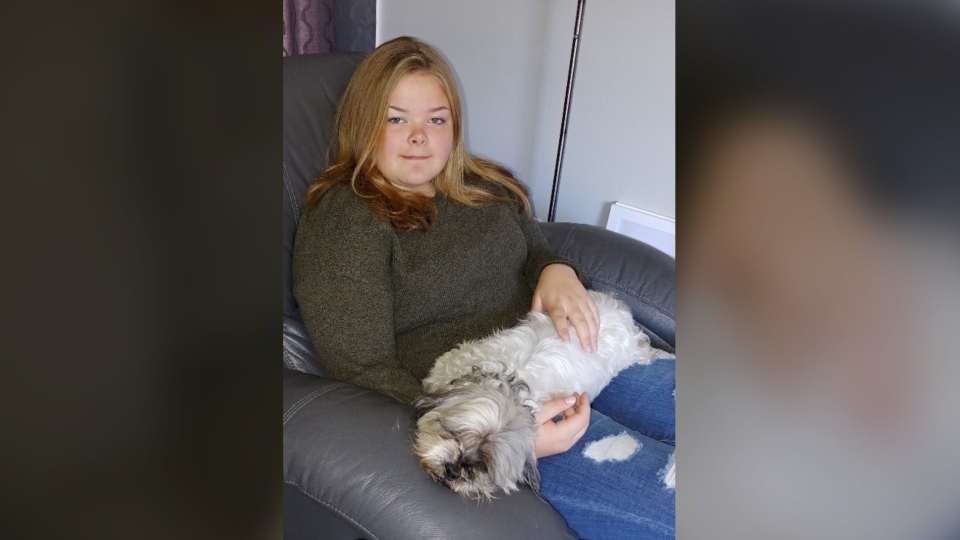 The family did note that Murphy's behaviour is a bit on edge but is hoping lots of attention will calm him down.

"Who would have thought a Shih Tzu could last in the bush," Steinke said. "We are talking moose territory, coyote territory."

The family would like to thank everyone who helped look for Murphy and is offering this piece of advice: "Never give up on your pets."