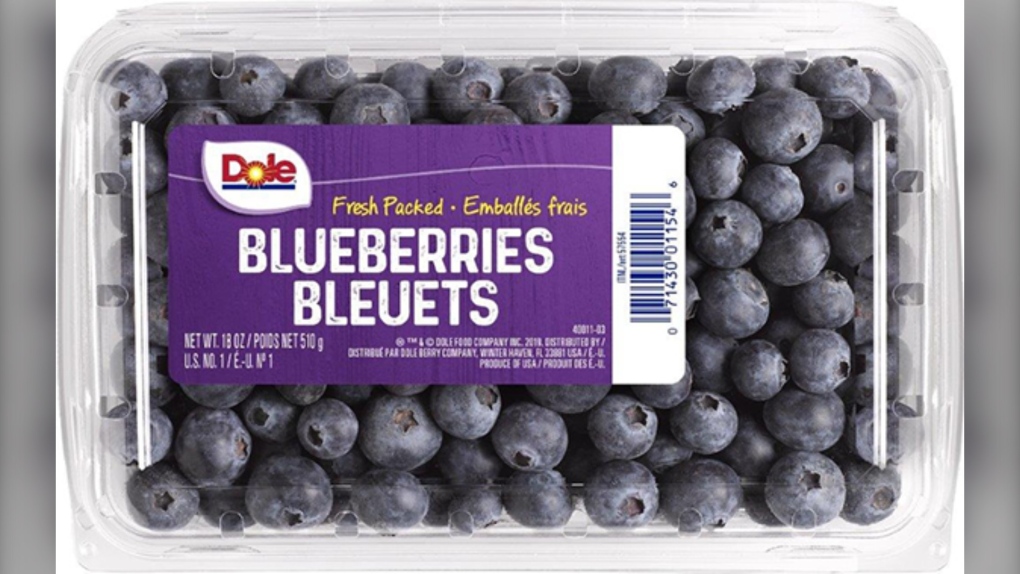 The Canadian Food Inspection Agency (CFIA) is warning shoppers who purchased Dole Fresh Packed Blueberries not to eat them as the berries may have been contaminated with a diarrhea-inducing parasite.

The CFIA said on Friday Save-On-Foods recalled the Dole brand Fresh Packed Blueberries because of a possible Cyclospora contamination.

A list of the recalled products can be found online here.

According to the Centers for Disease Control and Prevention, Cyclospora is a microscopic parasite that causes an intestinal infection, bringing on diarrhea and sometimes explosive bowel movements.

Other symptoms include stomach cramps and nausea.

"Some people do not get sick at all, while others suffer from a severe upset stomach. Few people get seriously ill," the CFIA said in a release.

It said food contaminated with Cyclospora may not look or smell bad, but it can still make you sick.

The CFIA said people who purchased the recalled Dole Fresh Packed Blueberries should not eat them.

"Check to see if you have the recalled products in your home," the CFIA said. "Recalled products should be thrown out or returned to the store where they were purchased."

While no illnesses have been reported in connection to the blueberries, the CFIA said if anyone who does get sick after eating them should call their doctor.

The recall is in place for Manitoba, Saskatchewan, Alberta, British Columbia, Yukon, and possibly nationally.

The CFIA said the recall was triggered by test results as a part of a food safety investigation by the agency. It said more products could be recalled due to the investigation.