Draisaitl's game-winner with one second left pushes Edmonton over Winnipeg 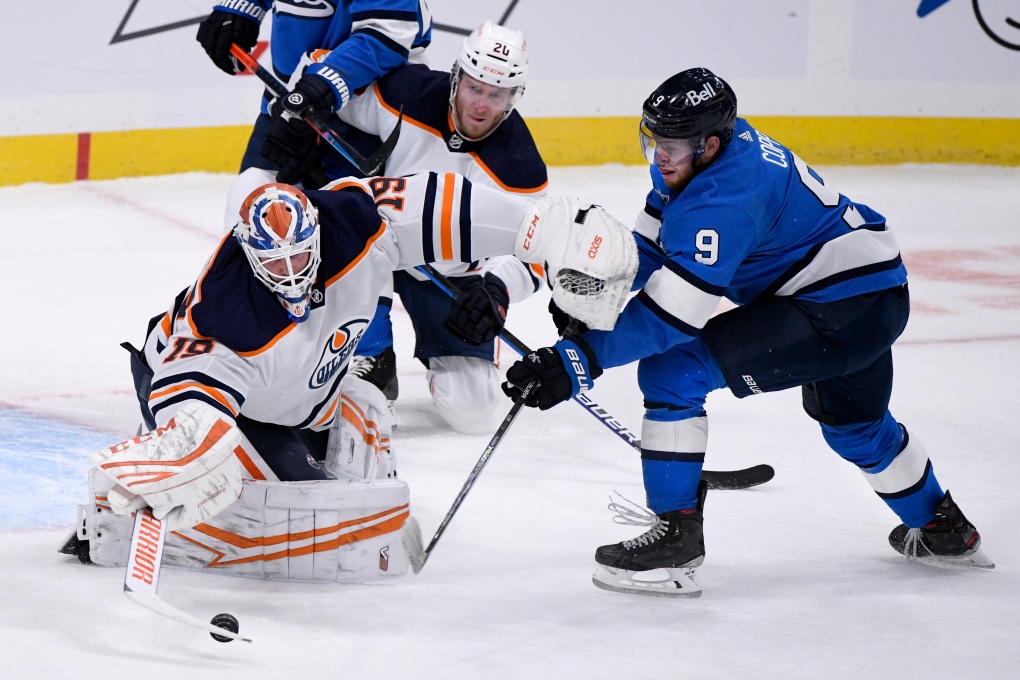 WINNIPEG -- Leon Draisaitl scored the game-winning goal with less than a second left to give the Edmonton Oilers a 4-3 victory over the Winnipeg Jets Sunday night at Bell MTS Place in Winnipeg.

The game saw both starting goalies make over 30 saves. Mikko Koskinen made 35 saves in a winning effort for the Oilers (3-4-0), while Laurent Brossoit made 34 saves.

For the third consecutive game, the Winnipeg Jets scored first. Adam Lowry scored after taking a pass from Mathieu Perreault while in the slot. He wasted no time to fire on net, beating Koskinen. Lowry's goal was his third of the season.

The referees overturned a would-be Jets goal nearly three minutes later. Andrew Copp deflected a puck above Koskinen and into the back of the net. But the referees determined there was interference after Copp's stick kept Koskinen's glove from making the save.

Ryan Nugent-Hopkins tied the game fewer than 30 seconds into the second period. Later in the period, Kyle Turris scored his first as an Oiler. As the Oilers forwards entered the zone, James Neal passed the puck to Zack Kassian, before he fed the puck to Turris.

Turris unloaded a shot into the top-right corner of the net to give Edmonton its first lead of the night with 5:42 left to play in the period.

One minute and 18 seconds later, Winnipeg forward Kyle Connor was injured. He was defending a shot from Oilers defenceman Ethan Bear.

The puck ricocheted off Connor's stick and into his face, causing him to fall to his knees onto the ice. He would leave the game and would sit out the remainder of the period, only to return in time for the third.

Ehlers tied the game at two goals apiece with 6:04 left to go in the third period. His game-tying goal was his fourth in four games. The Danish forward has six points in that span of games.

Wheeler later gave the Jets the lead once more with a power play goal, thanks to a tripping infraction taken by Edmonton Oilers defenceman Darnell Nurse. Wheeler took a pass along the goal line and banked the puck off Oilers defenceman Kris Russell and past Koskinen into the goal.

Winnipeg's lead wouldn't last that long, however. Yamamoto tied the game one minute and 48 seconds later. The game would eventually end on Draisaitl's late winner, giving the Jets no time to respond.

Edmonton and Winnipeg will renew hostilities at the Bell MTS Place Tuesday night.

This report by The Canadian Press was first published Jan. 24, 2021.