Dramatic rise of substance use, STDs in Winnipeg: WRHA 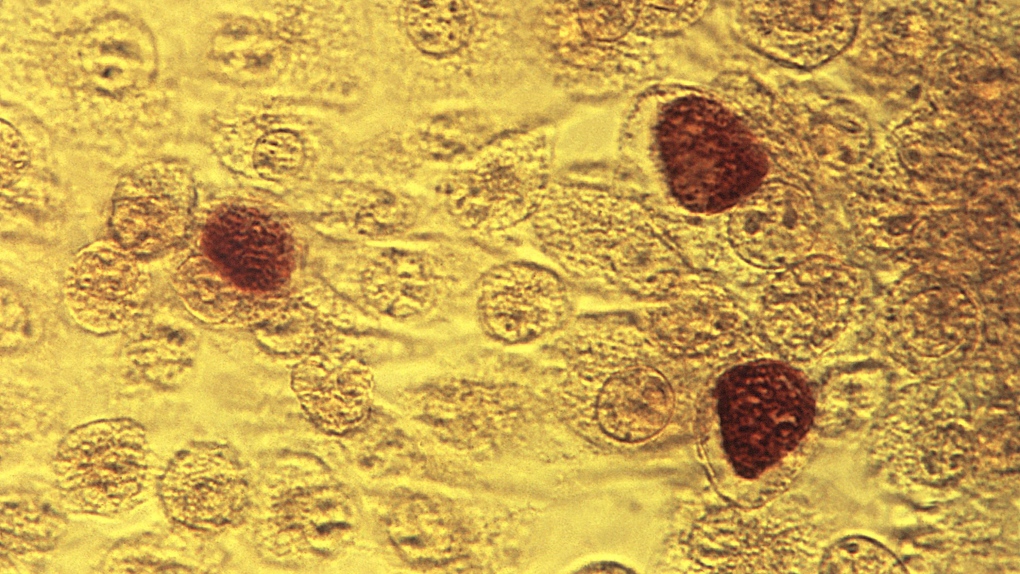 This 1975 file microscope image made available by the the Centers for Disease Control and Prevention shows chlamydia trachomatis bacteria magnified 200 times. The number of cases of STDs - chlamydia, gonorrhea and syphilis - in California reached a record high in 2017. (Dr. E. Arum, Dr. N. Jacobs/CDC via AP, File)

Sexually transmitted blood borne infections have been on a dramatic increase in the city over the past four years.

That’s according to the Winnipeg Regional Health Authority, which says some STBBIs have increased by nearly 400 per cent.

According to the WRHA’s Community Health Assessment, there has been a significant increase in lab-confirmed cases of STBBIs from 2014 to 2018.

But as case counts continue to rise in 2019, which is resulting in a substantial burden on public health resources, WRHA said more work needs to be done to provide people safe access to care.

“We are trying to manage an increased substance use issue within Manitoba, but this is also across Canada as well, specifically around methamphetamine use,” said Gina Trinidad, Chief Health Operations Officer for continuing care and health services with the WRHA.

“We want to make sure that individuals have access to clean needles, as an example, that there are targeted strategies for testing and treatment for individuals.”

Trinidad said the purpose is to bolster support for the education of public health with the goal of getting people tested to prevent the spread of STBBIs.

The assessment said the root causes of these increases need to be investigated and addressed.