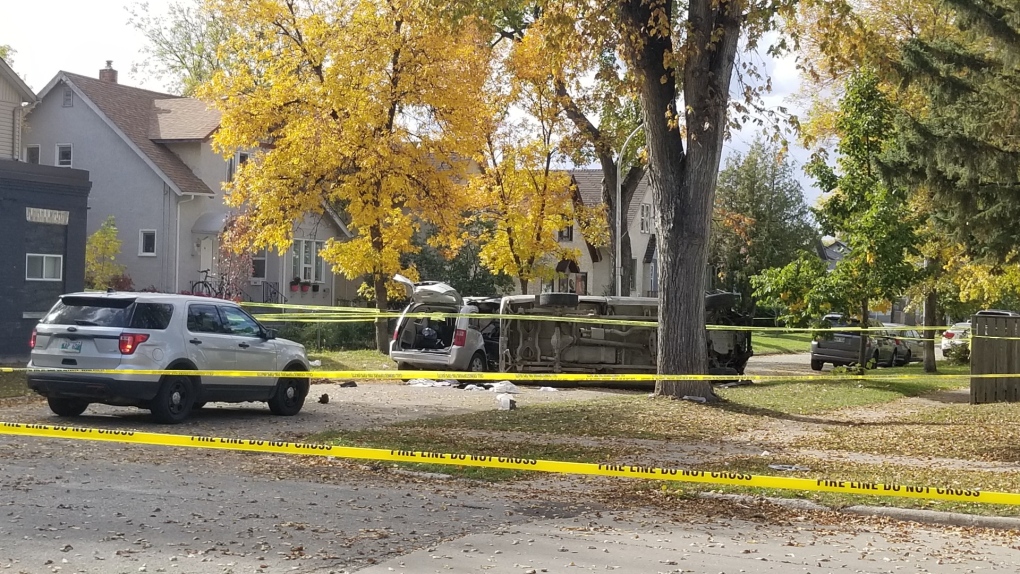 WINNIPEG -- WINNIPEG -- A 43-year-old man has been charged following a crash in the North End Saturday afternoon that resulted in the death of a 30-year-old woman.

Armand Joseph Jr. Chartrand, has been charged with one count of dangerous operation of a conveyance causing death and causing death by criminal negligence. He has also been charged with four counts of dangerous operation of a conveyance, and four counts of causing bodily harm by criminal negligence.

Chartrand has also been charged under the Highway Traffic Act with driving while suspended and driving without insurance.

Charges were laid by Winnipeg Police on Sunday and announced in a news conference Monday morning. Chartrand has been detained in custody. None of the charges have been proven in court.

Police said Monday that the vehicle was spotted by police on Main Street and Boyd Avenue before the attempt to stop it was made.

"I can tell you that there was a defined reason under provincial legislation, this was not a random stop," said Const. Rob Carver with the Winnipeg Police Service

According to police, the vehicle sped off when the driver saw police and hit another car two blocks away.

CTV News Winnipeg confirmed the identity of the victim as 30-year-old Jennifer Dethmers. Dethmers' family said the infant child in the car was hers, but the other child was not.

Carver said fleeing vehicles present a huge risk to not only people in the car, but to bystanders, others in the community, and police.

"A fleeing vehicle is thousands of pounds of metal that can do the type of damage we saw on the weekend," he said.

Carver added the passenger in the fleeing vehicle was the only other person in the vehicle at the time, and was not charged.

The Independent Investigation Unit of Manitoba is also investigating the incident.

-With files from CTV's Mike Arsenault and Stephanie Tsicos.