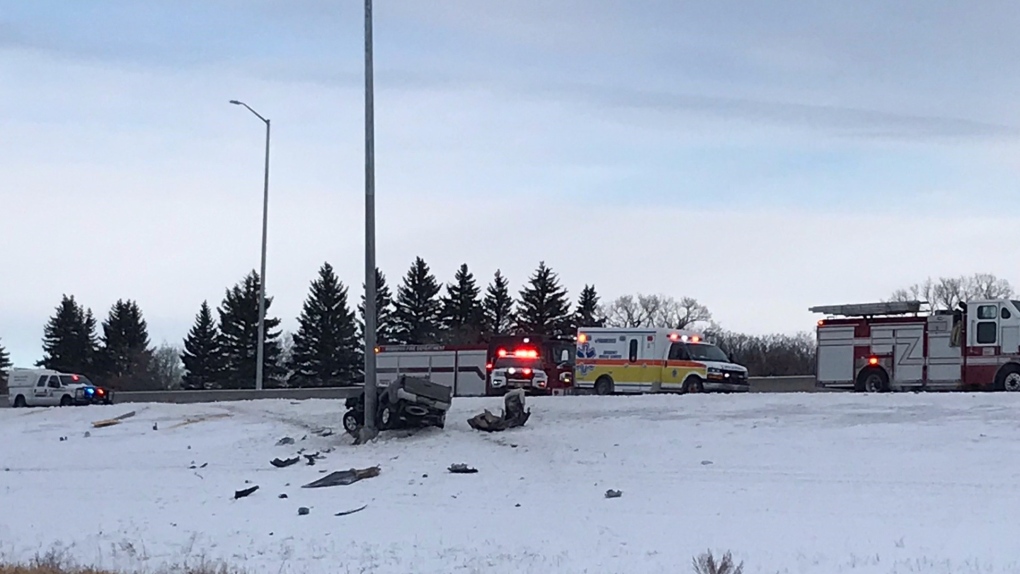 WINNIPEG -- A 28-year-old Winnipeg man has died following a Monday morning crash on the Perimeter Highway.

RCMP from the Headingley/Stonewall detachment responded to the crash on the highway between Portage Avenue and Roblin Boulevard at around 8:30 a.m.

A vehicle was seen severely damaged with debris scattered across the boulevard in the area. Multiple emergency crews were on the scene Monday morning.

RCMP said the vehicle was heading south on the highway when the driver lost control and collided with a pole.

The driver was pronounced dead at the scene.

RCMP said road conditions were slippery at the time of the crash.

The crash is under investigation.