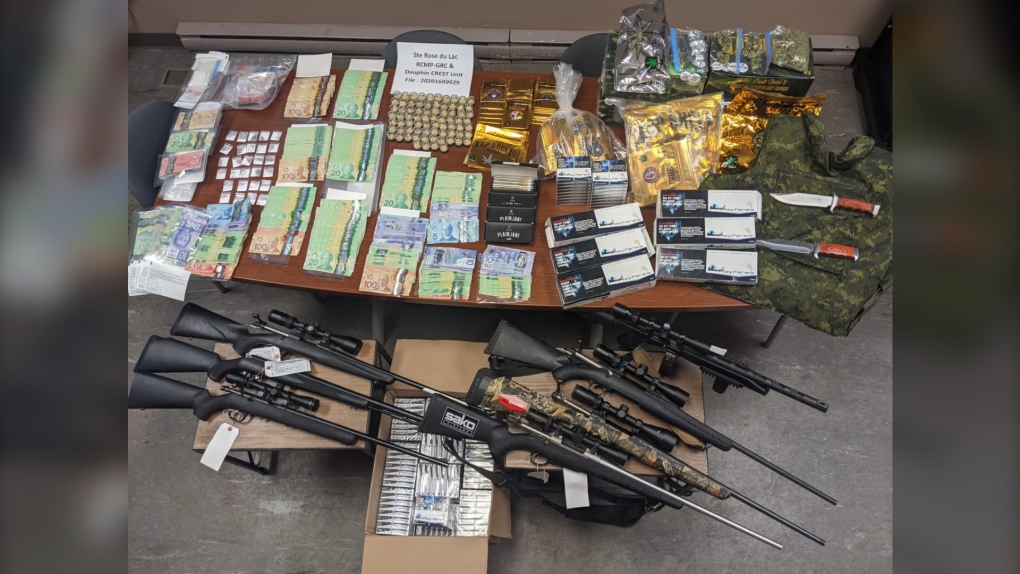 Five people are facing charges after drugs, cigarettes, and firearms were seized from a home in Bacon Ridge, Man. (Image Source: Manitoba RCMP)

WINNIPEG -- Five people from Manitoba are facing multiple charges after guns, cigarettes, and drugs were seized from a home in Bacon Ridge, Man.

Officers seized cocaine, unstamped cigarettes, and an amount of cannabis and cannabis products beyond what would be for personal use. Several firearms, soft body armour, and an undisclosed amount of Canadian currency were also seized.

Two other men, a 58-year-old from Bacon Ridge and a 32-year-old from Ebb and Flow First Nation, were arrested for refusing to leave the scene.

All five have since been released. None of the charges have been proven in court.