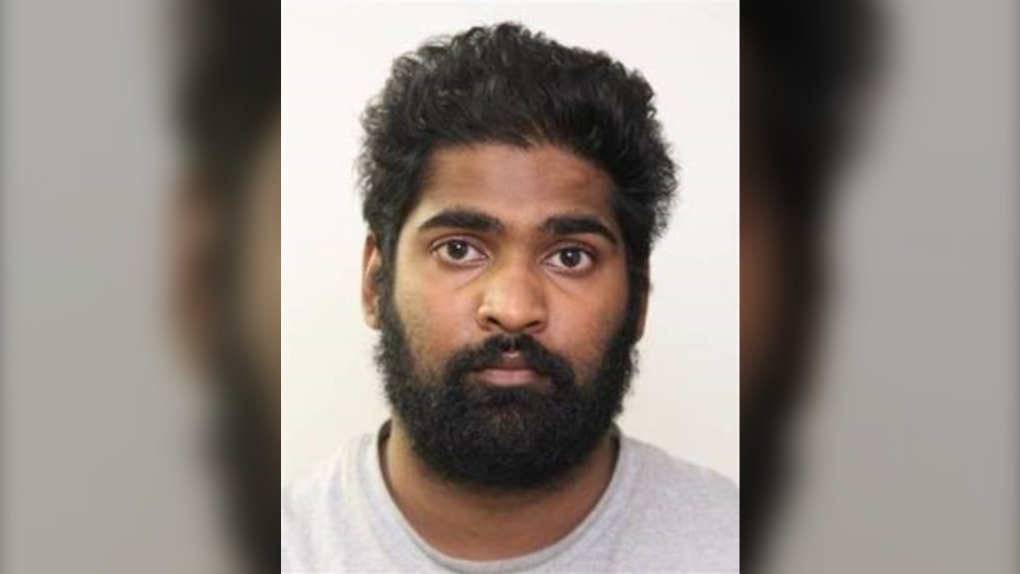 WINNIPEG -- A 24-year-old Edmonton man wanted on several child luring and sexual assault charges was spotted in Winnipeg, according to the Winnipeg Police Service.

Aaron Renee Prasad-Pal is wanted on several charges, including three counts of luring a child under 16, two counts of obtaining sexual considerations, two counts of invitation to sexual touching, and one charge each of sexual assault and sexual interference.

During a news conference on Friday, Const. Rob Carver with the Winnipeg Police Service said the alleged offences were committed in Edmonton.

According to a release from the Edmonton Police Service, two teenage girls were lured over the social media app Snapchat and sexually assaulted over the summer. Prasad-Pal was arrested in Edmonton, according to the release posted on October 9.

“Given the nature of the charges he is facing in Edmonton, Alberta, I would say that coupled with the fact that he is believed to be armed, would layout that he presents a significant risk, or a definite risk to public safety,” he said. “With that sort of background, we are devoting significant resources to attempting to locate him.”

Carver said Prasad-Pal was confirmed to be in Winnipeg on October 15 in the early afternoon and evening. He should not be approached if seen in public.

Carver said he was not aware of the circumstances that led to Prasad-pal being in Winnipeg after his arrest. He said there are two warrants out for Prasad-pal.

“We have been looking for him since information came forward early yesterday, and there is certainly a belief that he could still be in Winnipeg,” Carver said.

Prasad-Pal is six-foot-three, 238 lbs, and has black hair and black eyes.

Anyone with information on his whereabouts is asked to call 911.