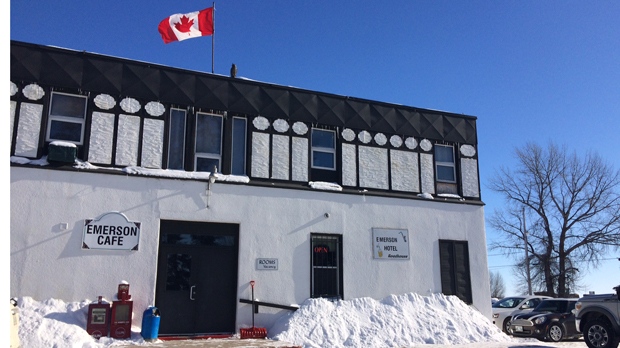 Emerson Hotel has greeted about 40 people who illegally crossed the border in the last 3-and-a-half years. (Beth Macdonell/CTV Winnipeg)

Officials in the border town of Emerson, Manitoba are ramping up efforts to deal with a surge of people illegally crossing into Canada.

Politicians, border officials and refugee settlement workers got together in Emerson Thursday to talk, as more people are expected to make the treacherous trip across the frozen prairie in the coming weeks and months.

The number of people crossing near Emerson and making their way into the town has spiked. Numbers provided by the Canada Border Services Agency indicate 403 people illegally crossed since April 2016.

“The assurances are actually a really good response from RCMP and CBSA,” said Emerson-Franklin Reeve, Greg Janzen. “The protocol will be that they will rent our complex and watch our people,” he added.

RCMP agreed to allocate more resources to patrol the border near Emerson to help apprehend and direct refugee claimants to the Canada Border Services Agency.

“I feel sad when they are walking through the fields or going down the highway,” Pfiel added.

Over the weekend an emergency coordinator opened the Emerson Community Centre as a temporary shelter after 19 people illegally crossed on Saturday – three more followed on Sunday.

Staff from Manitoba's largest refugee settlement agency brought blankets pillows and first aid supplies Thursday for the next group of border crossers, who may need a place to stay.

“If someone came knocking at my door and needed help from the cold or whatever I would open my door to them,” said executive director Rita Chahal, who also took part in the meeting.

The group at the meeting agreed helping people in danger is a plan worth sticking to. 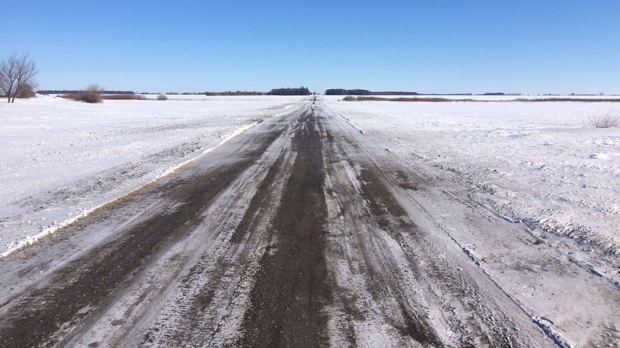