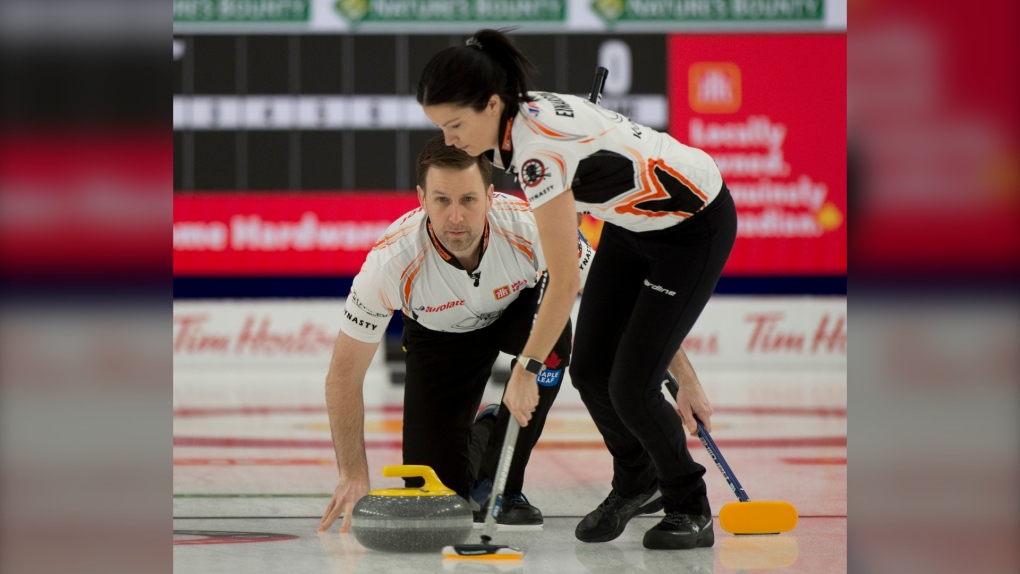 CALGARY -- The Canadian mixed doubles curling championship was down to the final four Wednesday with some familiar names in the mix.

Gushue, Einarson, Walker, Muyres and Morris also all played with their respective four-player teams in the national men's and women's curling championship in Calgary.

Einarson defended her Scotties Tournament of Hearts title and continues to play for another national championship in mixed doubles.

The four duos were to participate in playoff seeding games Wednesday for the Page playoffs at night.

Walker and Muyres advanced to face Morris and Schmiemann, while Einarson and Gushue took on Lott and Sahaidak.