Manitobans can find out more information on the riding of Churchill—Keewatinook Aski, including who is running, the riding's political history and demographics.

Note: a * indicates the incumbent candidate.

The Churchill riding was first created in 1933 and it was renamed Churchill—Keewatinook Aski in 2012.

It has swung between Conservative, NDP, and Liberal representation.

The Progressive Conservatives held the riding from 1957 to 1979.

Liberal Elijah Harper served one term from 1993 to 1997. He is known as a key player in rejecting the Meech Lake Accord.

Cree actress Tina Keeper was elected as a Liberal MP for one term in 2006.

Other than Harper and Keeper, the riding has been represented by the NDP for the past 40 years, with Rod Murphy holding the seat from 1979 to 1993.

The riding covers the entire top half of Manitoba.

Most of the land is wilderness, with small communities scattered throughout the riding.

There are 10 First Nations in this riding. 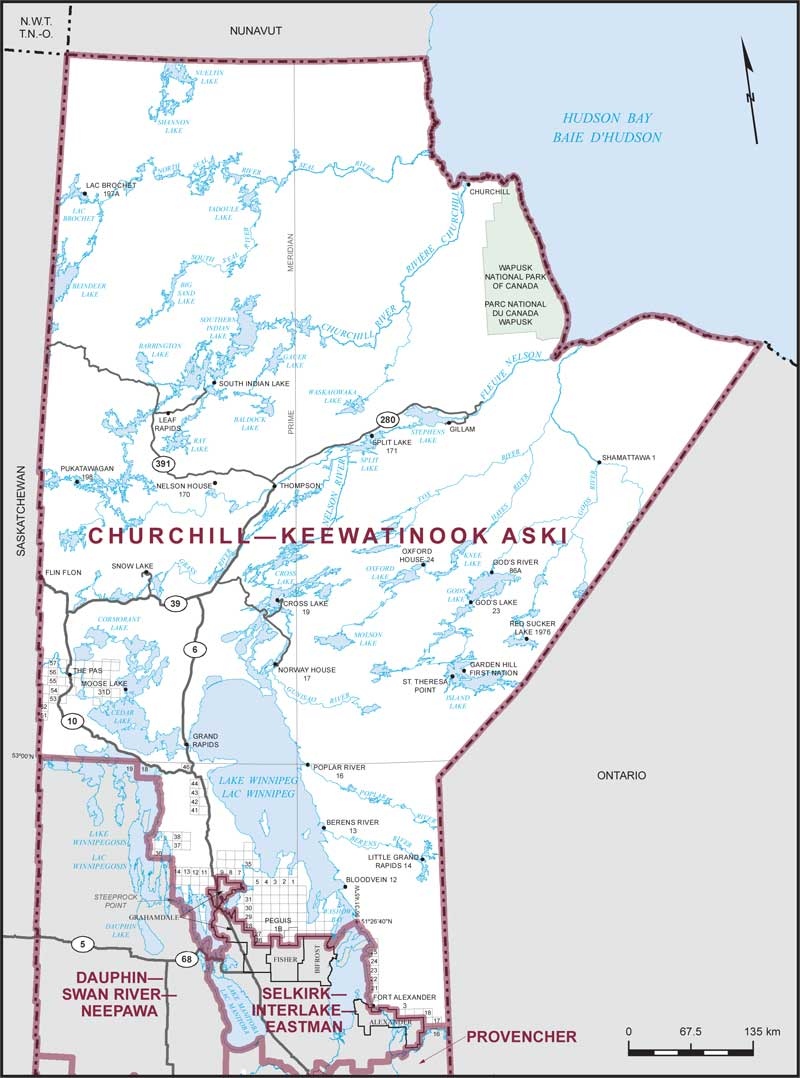 Churchill is a world destination for tourism. The small town is known as the polar bear capital of the world.

The Keeyask Generating Station built by Manitoba Hydro in the riding.

The riding includes a cold-weather engine testing facility and is home to the Churchill Marine Observatory.

Note: All demographic information is according to the 2016 census

2.8 per cent of the population identifies as a visible minority while 76.3 per cent identify as Indigenous.

Former U.S. President Donald Trump on Monday sought to block the release of documents related to the Jan. 6 insurrection to the congressional committee investigating the attack, challenging the decision of President Joe Biden.