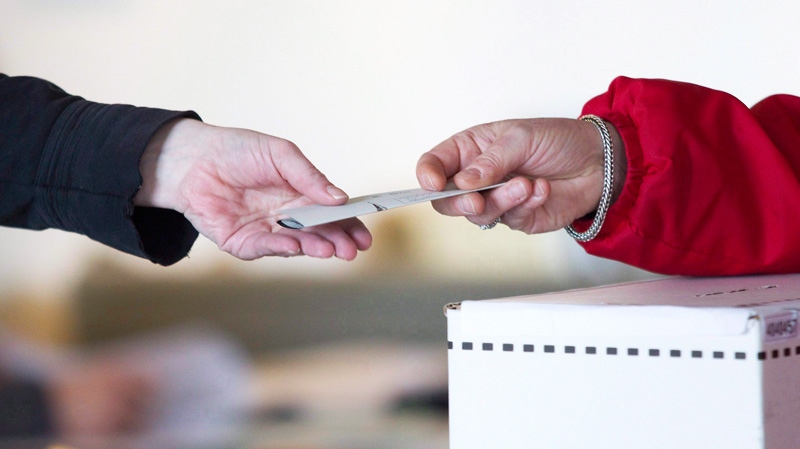 Elections Manitoba says byelections cost the same whether or not they are held simultaneously, because each one is managed separately and has its own returning office. (File image - THE CANADIAN PRESS/Chris Young)

WINNIPEG -- Manitoba Premier Greg Selinger said Wednesday he has been holding off on calling a byelection to save taxpayers money, but the Opposition and Elections Manitoba said there are no savings to be had.

Selinger has been under pressure from the Progressive Conservatives to fill the Morris seat vacated by the retirement last February of Tory Mavis Taillieu.

Selinger said he was waiting for the outcome of two federal byelections in Manitoba. One of them is in Brandon-Souris, where former provincial Tory Larry Maguire is running.

"With the potential of another provincial seat being opened up, we think it makes sense to see what the outcome of that is, and group them together to save money for the taxpayers and do it at one time."

The Tories were quick to point out that Maguire has already resigned his legislature seat, so a byelection is needed in his former constituency of Arthur-Virden regardless of the federal outcome.

Even if two byelections were held at different times, there would be no extra cost to taxpayers, Elections Manitoba said. Communications manager Alison Mitchell said each byelection is run separately with its own returning office.

Under provincial law, byelections must be held within a year of a seat becoming vacant, so the Morris byelection will have to be held before Feb. 12. A vote in Arthur-Virden need not be held before next October.

Pallister said the Morris byelection should have been held long ago to ensure that people in the constituency are represented in the legislature.

"The democratic rights of people are an important thing to respect, and the people of Morris have waited a considerable amount of time," Pallister said.

Selinger said he initially held off on calling the byelection because the legislature was in session. The spring sitting dragged on through the summer as the NDP and Tories battled over several bills, including the budget.

There's nothing in law to prevent a byelection being held while the legislature sits, Selinger admitted, but it is a long-standing tradition.

"That's the custom," the premier said.

"We've said that we don't normally do it while the house is in session. We focus on the business of the house."