Electric heating, opening up Portage and Main and Winnipeg's urban forest the focus on the campaign trail

Electric heating, opening up Portage and Main and Winnipeg's urban forest the focus on the campaign trail 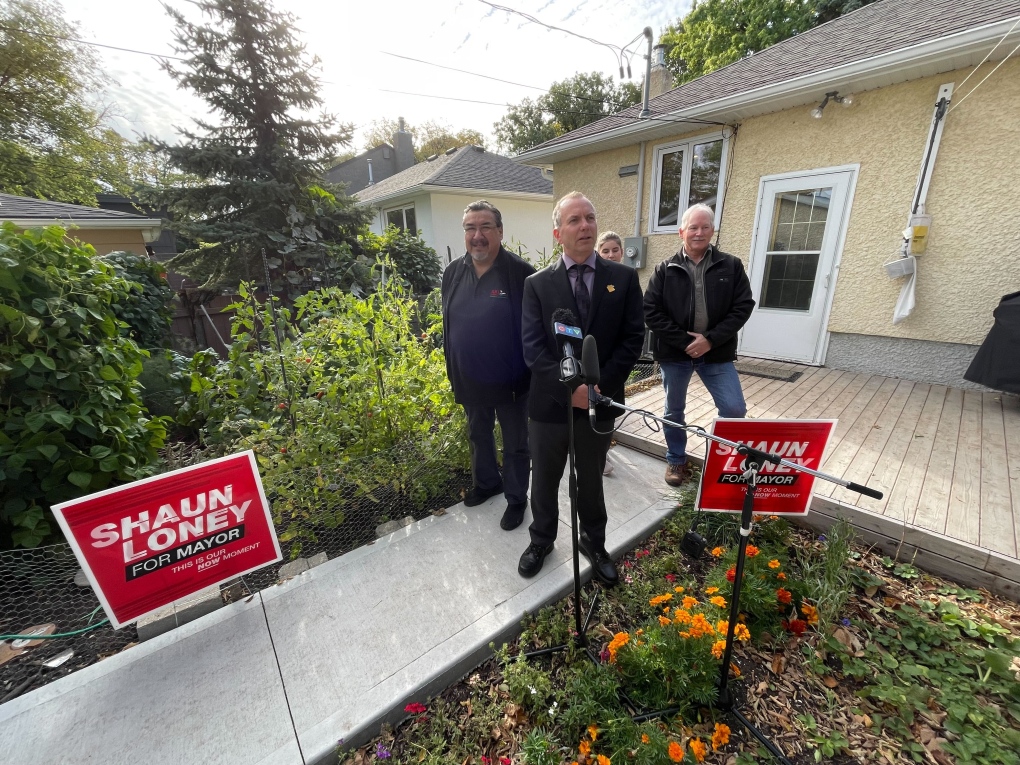 Winnipeg is officially one month away from announcing its newest mayor.

As time continues to dwindle down, some of the mayoral hopefuls were on the campaign trail telling Winnipeggers how they would help the city.

Calling it "The Big Switch," Loney said he wants to modernize the water and waste department.

He wants Winnipeg families to be able to switch from natural gas heating to electric pump heating by 2030, saying it would save money on energy bills and reduce carbon footprints.

"City Hall has been acting on the wrong assumption that switching to heat pumps is a financial burden," Loney said in a news release. "The opposite is true. We just need some vision and new financing tools to reduce or eliminate upfront costs like we already do with water and natural gas service."

His plan would allow at least 40,000 families and businesses to switch to the electric pumps.

"A modest monthly fee will be applied to recover installation costs over time. This will feel very similar to how Manitoba Hydro's Centra Gas subsidiary handles the cost of natural gas service right now. This will give Winnipeggers an enticing new option to cut both their heating bills and carbon footprint."

He said businesses could also finance having the pumps installed through property tax bills.

Rana Bokhari also released details on one of her campaign promises.

She said if elected mayor, she would open up the barriers at Portage and Main to make the intersection accessible to everyone.

"The barriers are already coming down," she said in a news release. "According to engineering reports, the barriers are in the way of major repairs needed to the underground concourse. Once they are down, they will not go back up."

She said the only major argument for having the barriers come down was it meant traffic would slow down in the area.

"Placing people in vehicles above all other types of commuters should not be the reason we keep the intersection closed. People should be able to travel through our famous intersection whether they walk, bus, bike or drive."

She believes it would provide more access to those Winnipeggers living with disabilities and also bring more people back to the area, which would help support local businesses. 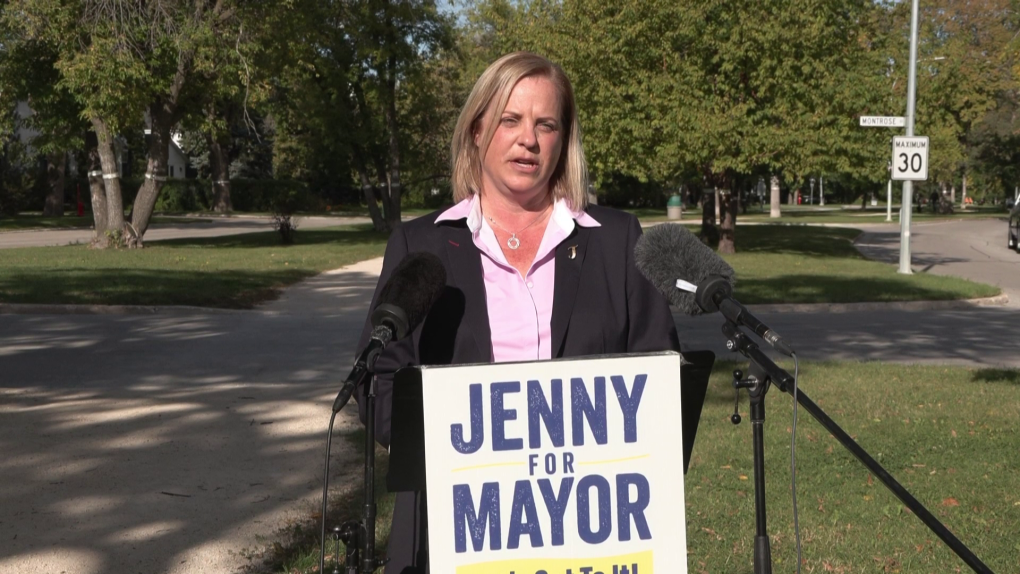 Lastly, Jenny Motkaluk had her focus on protecting and enhancing Winnipeg's urban forest.

"We have 300,000 municipal trees that form our urban forest, and give shade and beauty and life to our ecosystem. It protects us from heat and removes pollution, stabilizes groundwater runoff, and our urban forest is one of the things that we celebrate. But City Hall hasn't given our urban forest the love it needs," Motkaluk said in a news release Monday.

She said the budget for the forestry department was cut by 36 per cent and that the city isn't keeping up with replacing trees that have come down, adding there are 14,500 trees that need to be replaced.

"As Mayor of Winnipeg, I will put our money where our mouth is and protect and maintain our urban forest."

She said she is committed to planting two trees for every tree that comes down in the city, which she says will be about 11,000 trees a year.

Motkaluk added this would be funded through revenue from new infrastructure projects, management practices and savings and by attracting growth and investment in Winnipeg.

She noted she wouldn't raise taxes for Winnipeggers.

"My plan to properly fund achievable goals to plant trees and trim them regularly will keep our city greener, happier and healthier for decades to come."

Protests in Iran continue despite internet blackouts; Canadians respond with rallies of support

Nearly two months after the protests were first ignited, the people of Iran continue to march in the streets, despite increasing violence, internet blackouts and arrests, while Canadians support them overseas, organizing rallies in response.

Notable moments, political statements made in Week 1 of the World Cup

As much as the action on the pitch has captivated fans across the globe, the 2022 World Cup in Qatar has also made important headlines for incidents off the pitch.

Prime Minister Justin Trudeau visited Monday the graves of victims of a deadly stabbing rampage at a Saskatchewan First Nation before he was to meet with family members in private.