Emergency crews on scene of serious crash on Portage Avenue 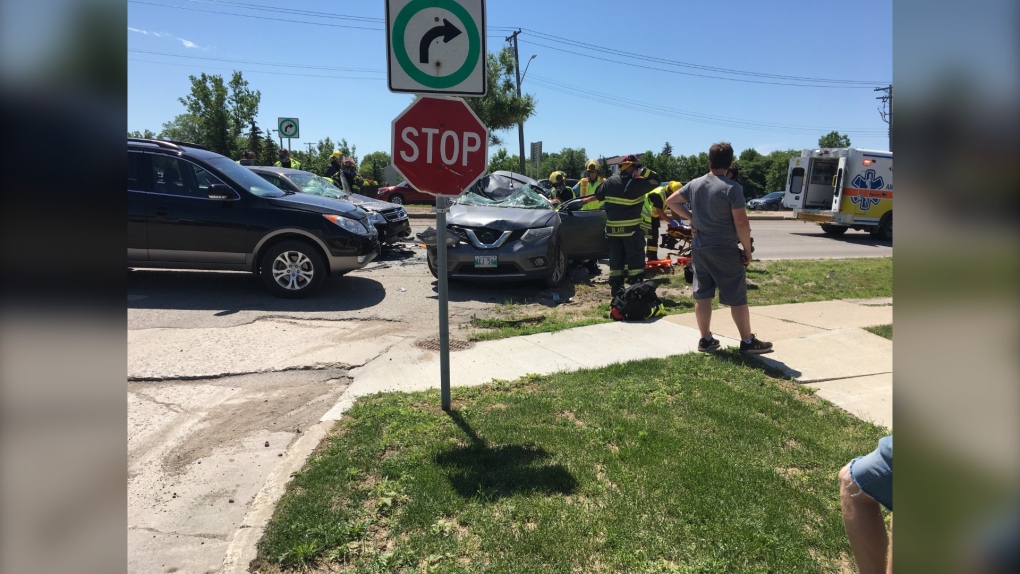 WINNIPEG -- Emergency crews are on the scene of a serious crash that happened on Portage Avenue.

Police said officers were called to St. Charles Street at Portage Avenue around 1:05 p.m. near the west Perimeter Highway.

Members of the Winnipeg Police Service are currently on scene in the area of St. Charles Street and Portage Avenue for a report of a serious motor vehicle collision. Expect road closures in the area. @WinnipegTMC #Winnipeg #Traffic

The crash involves multiple vehicles and one person was taken to hospital in critical condition.

Several emergency personnel were seen using the jaws of life on a vehicle. The vehicle could be seen with most of its right side being damaged and the front windshield was completely destroyed.

Police said Portage Avenue is closed in both directions in the area, and expect it to be closed for the rest of the afternoon.

Police are asking the public to avoid the area.