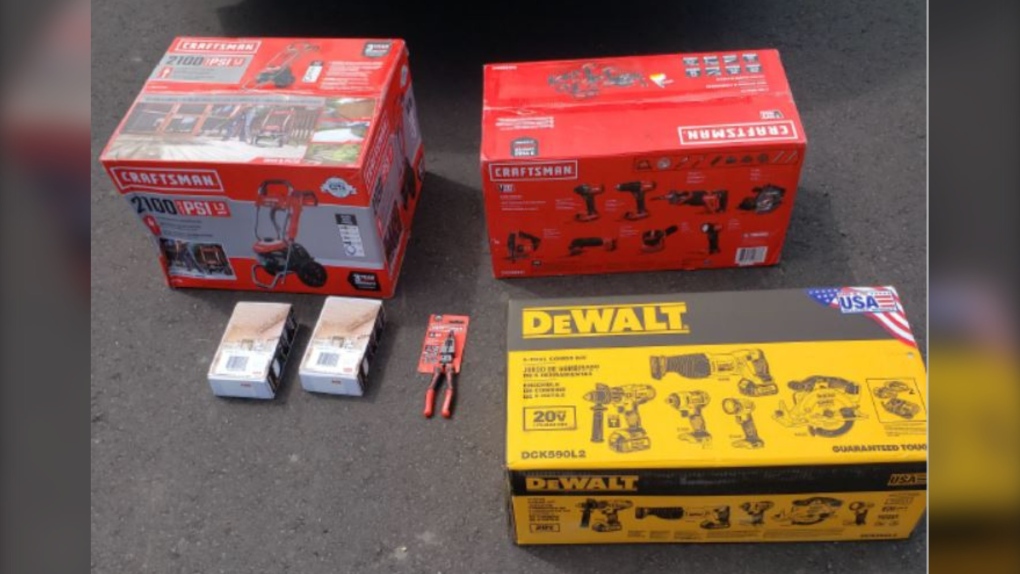 RCMP officers in Portage la Prairie arrested two men on Saturday after a shopping cart full of merchandise was stolen from a business.

Around 11:50 a.m. on Saturday, officers were notified of a theft at a business in the 2400 block of Saskatchewan Avenue in Portage la Prairie.

Police said they were told two men went into the store, filled a shopping cart and ran away without paying.

RCMP added that an employee then confronted the suspects in the parking lot, but he was assaulted as he tried to stop the men from loading the stolen items.

The suspects then left the scene in a pickup truck, which police said was stolen in Winnipeg.

Officers patrolled the area and found the pickup truck parked in a nearby parking lot with the stolen merchandise still inside. An image released from police shows the stolen items included power tools.

RCMP continued to look for the two suspects, and eventually spotted them running.

Police chased after the suspects and arrested them without incident.

Police seized a canister of bear mace and a small amount of a drug, believed to be cocaine, from one of the suspects.

Anthony Prince, 30, and Robert Oigg, 21, who are both from Winnipeg, have been charged with a number of offences including robbery with a weapon and possession of property obtained by crime. None of the charges have been proven in court.

Both suspects were taken into custody and are scheduled to appear in court on Monday.