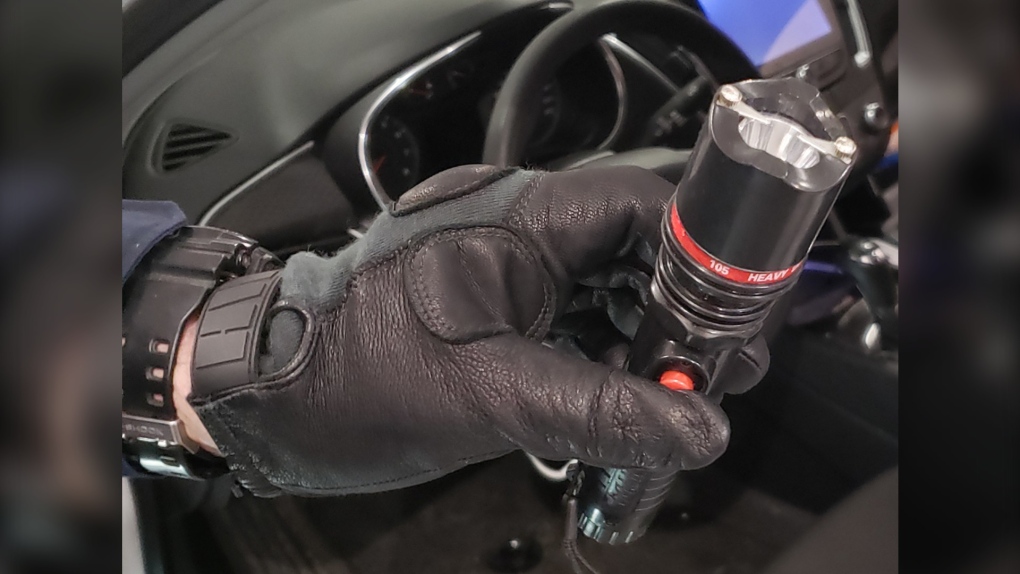 A conducted energy weapon seized by Manitoba RCMP during an arrest on January 19, 2021. (Image source: RCMP)

WINNIPEG -- A 26-year-old Quebec man has been charged with multiple offences after allegedly being observed driving erratically on a Manitoba highway, and RCMP said weapons were found in his vehicle following the arrest.

Officers from the Headingley, Man., detachment responded to a report of an erratic driver on the Perimeter Highway at approximately 6 p.m. on Jan. 19. Officers stopped the vehicle roughly one kilometre west of Highway 7. RCMP said during the initial contact with the people in the vehicle, it appeared a physical confrontation occurred, and the driver was arrested.

RCMP said the driver allegedly resisted arrest and became combative, and provided an incorrect name to officers while in custody. When the driver’s real name was discovered, RCMP learned he had multiple warrants out for his arrest in Quebec and Ontario. Officers searched the vehicle and found multiple weapons, including a conducted energy weapon.

The investigation is now being handled by Manitoba RCMP's Major Crime Services due to the “multijurisdictional and serious nature of the offences,” and investigators are partnering with police agencies in other provinces.

RCMP said more charges could be laid during the investigation.