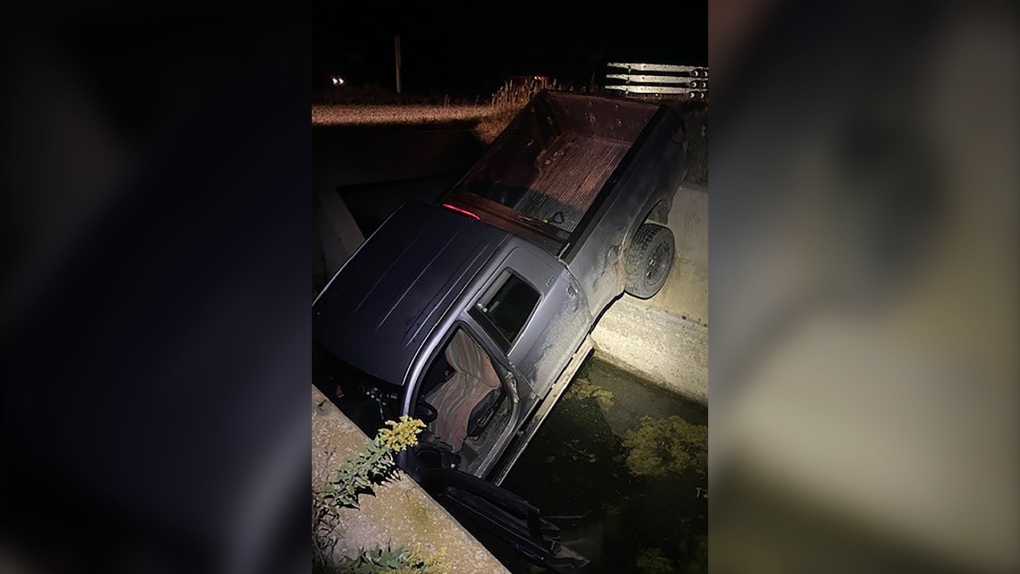 Supplied image of the vehicle after it went into a ditch and hit a culvert.
WINNIPEG -

The Manitoba RCMP said an “erratic driver” tailgated semi-trucks, drove into oncoming traffic and forced another vehicle to roll while travelling near Portage la Prairie, Man,

Officers received a report around 1:25 a.m. on Monday of an erratic driver travelling west on Highway 1, east of Portage la Prairie.

Mounties allege the driver hit another car and continued driving; The driver was allegedly seen tailgating semi-trucks, continuously changing speeds, stopping and backing up on the highway, driving without lights on, and driving into oncoming traffic.

Officers were looking for the vehicle when they were informed the suspect drove into the oncoming lane, forcing another car to roll after going into a ditch. The occupants in this car sustained minor injuries.

Shortly after, police saw the vehicle and activated emergency equipment to try to stop the driver.

A 34-year-old man from Sainte-Brigitte-de-Laval, Que., was arrested and is facing multiple charges, which have not been proven in court.