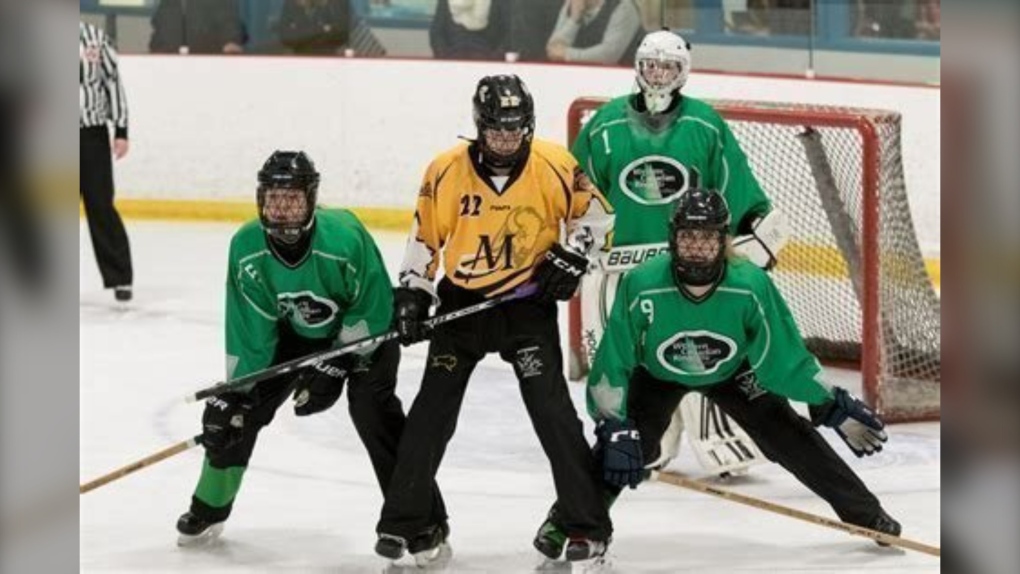 WINNIPEG -- It was good news Friday for ringette players in the province as they will soon be able to take to the ice for game action.

Ringette Manitoba approved a Return to Play plan late Thursday night and announced the news to its members Friday at noon.

"It's fantastic. Very happy," said Rob Lentowich, who has two daughters in the sport and had started a petition to convince Ringette Manitoba to put out a full Return to Play plan.

The organization had been criticized for how behind it was on its Return to Play plan compared to other sports in the province, like hockey.

As part of its new plan, AA programs will be allowed full-contact in practice immediately and they can begin five on five action starting Nov. 1

Lentowich thinks the time frame laid out is extremely fair.

"It takes a lot to schedule a league and games and stuff. So the outlook is pretty good."

Alex Menard, the director of publicity and PR for Ringette Manitoba, said the organization has been working hard to bring the game back safely.

"Our priority has always been Returning to Ringette in the safest way possible for all of our participants," said Menard in an email to CTV News. "Our Return to Ringette plan was developed working quite closely with Sport Manitoba, Ringette Canada, and other Provincial Sports Organizations here in Manitoba and Cross Canada. We've been spending countless days and nights working directly with our Local Associations to help them get started back onto the ice."

Menard said she understood it was hard for people to see other sports and provinces have their plans in place before them but people can't compare them to other sports, noting several factors went into the decisions that were made.

Lentowich said now that the timeline is clearer, players and parents are ready.

"Everybody is really happy. The kids were so excited. It’s been great all around," he said.

He added he is proud that he and many others voiced their concerns, noting he gives props to Ringette Manitoba for listening and changing their plan.