'Expect to be wowed': A preview of the new Royal Aviation Museum of Western Canada

After almost four years on the runway, the Royal Aviation Museum of Western Canada has spread its wings into a new space.

The museum closed its doors at its former location on Ferry Road back in 2018 to develop a brand new facility on Wellington Avenue.

After almost four years, the new site is set to welcome visitors on May 21, featuring 20 aircraft and 17 exhibits.

“You can expect to be wowed. Of all the people that have come in through the front doors, I’ve done some tours for people, and that’s the most common word – ‘wow,’” said Terry Slobodian, the museum’s president and chief executive officer. 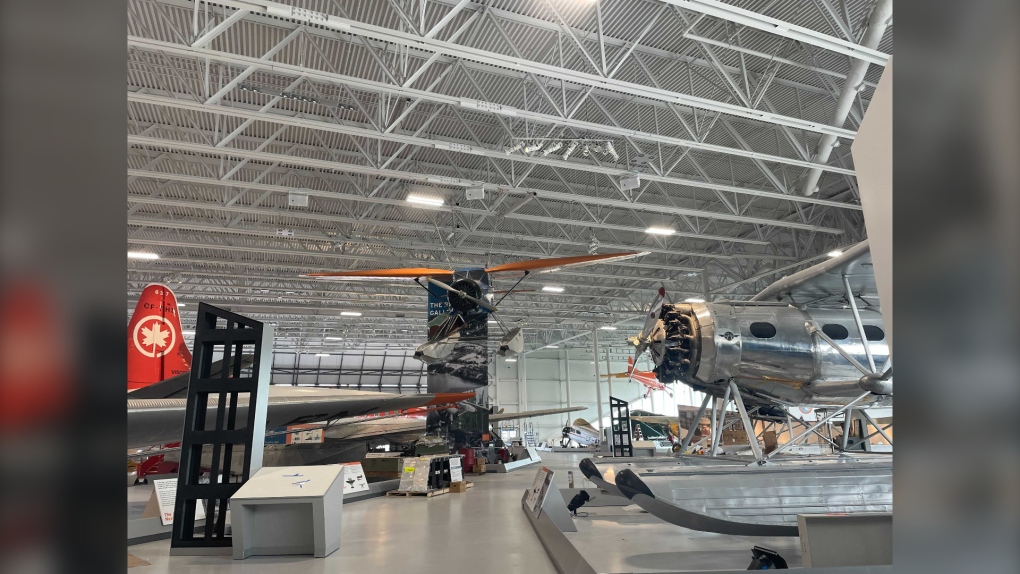 The sprawling, 86,000 square foot space aims to guide visitors through the story of flight across western and northern Canada through 14 immersive galleries. It also features a new outdoor aviation plaza, an observation lounge, a kids’ interactive play area, an archive room and an engine room that lets visitors to put the pedal to the metal and experience the sounds and feel of different types of aircraft engines.

Additionally, the new museum aims to tell the stories behind the aircraft.

“In the past, we were a bit more aircraft-centric, and now it's all about the stories of those aircraft and the bush pilots and so on,” Slobodian said.

The museum also seeks to commemorate the role women and Indigenous people played in Western Canada’s aviation history. Some exhibits were developed in collaboration with Niigaan Sinclair, a professor of native studies at the University of Manitoba. He also helped the museum fulfill calls to action issued by the Truth and Reconciliation Commission.

Overall, museum officials hope it captivates the next generation to take flight.

“What our intention is, is to wow people and inspire people, especially children to consider careers in aviation down the road as well,” said Brent Williams, the museum’s manager of communications.

- With files from CTV's Ainsley McPhail