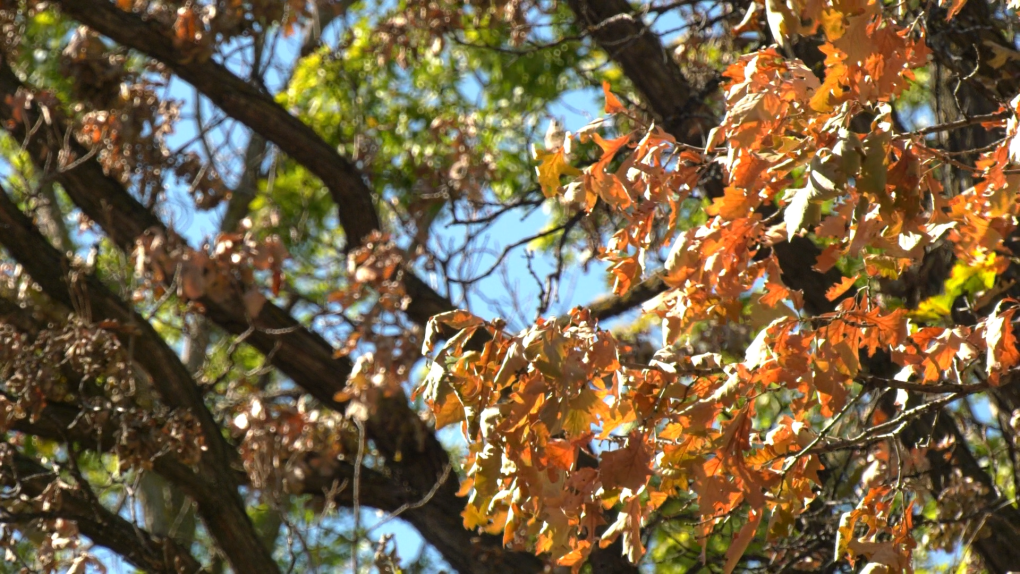 The colours of fall have arrived early in Manitoba, and the summer's drought may be to blame. A tree is pictured in Winnipeg on Sept. 14, 2021. (Source: Glenn Pismenny/ CTV News Winnipeg)
WINNIPEG -

The colours of fall have arrived early in Winnipeg, and the summer's drought may be to blame.

Martha Barwinsky, a forester with the City of Winnipeg, said trees have been suffering this year amid the dry conditions.

Going into the spring, there was very little soil moisture, she said. The extreme heat throughout the summer and the low soil moisture heading into the fall has had an impact on the city's tree canopy Barwinsky said.

"I'm sure other people have seen it too, where the trees in the middle of the season, the leaves have all of a sudden turned brown and the trees are dead," she said.

The city tested for pathogens, but didn't find any. Barwinsky said it could be a sign of 'leaf scorch' brought on by water deficiency. 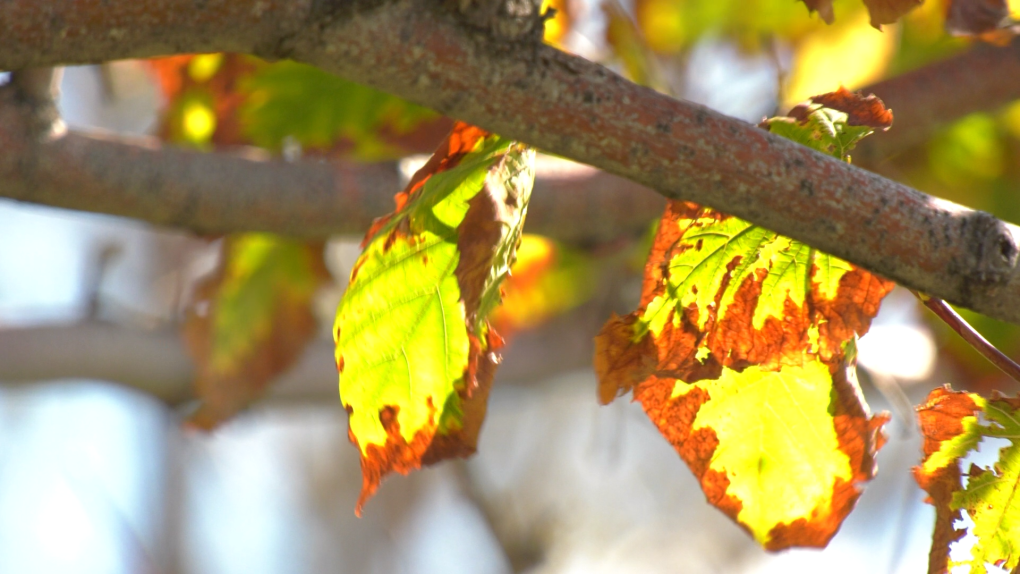 The colours of fall have arrived early in Manitoba, and the summer's drought may be to blame. A tree is pictured in Winnipeg on Sept. 14, 2021. (Source: Glenn Pismenny/ CTV News Winnipeg)

The forester said some species – such as Birch, Alder and Lindens – are more susceptible to drought and heat. However, even some oak trees have been started to turn brown early.

"We believe that it's just the past few years of drought are really taking their toll on some of the oak trees as well," she said.

Though the turning leaves may make for a beautiful walk outside, Barwinsky said it might not last long.

"If the dry conditions continue, we could see an earlier leaf drop as the trees are just going into survival mode and going into the dormancy."

She said this is a critical time for the tree canopy, because though the leaves will be turning and falling, the roots are still growing.

"Now is a really important time for people to water the trees, water at the edges of the branches, at the drip line and beyond, to make sure that there's enough soil moisture for the roots to take up to carry them into the winter and be able to leaf out in the spring," she said.

Homeowners with trees should keep on watering into the fall, up until mid-October, Barwinsky said.

"You don't want to overwater because the trees actually are starting to shut down, but definitely, the roots need that soil moisture at this time of year."