Family dog missing from Brandon, Man., turns up 2,400 kilometres away in Ontario 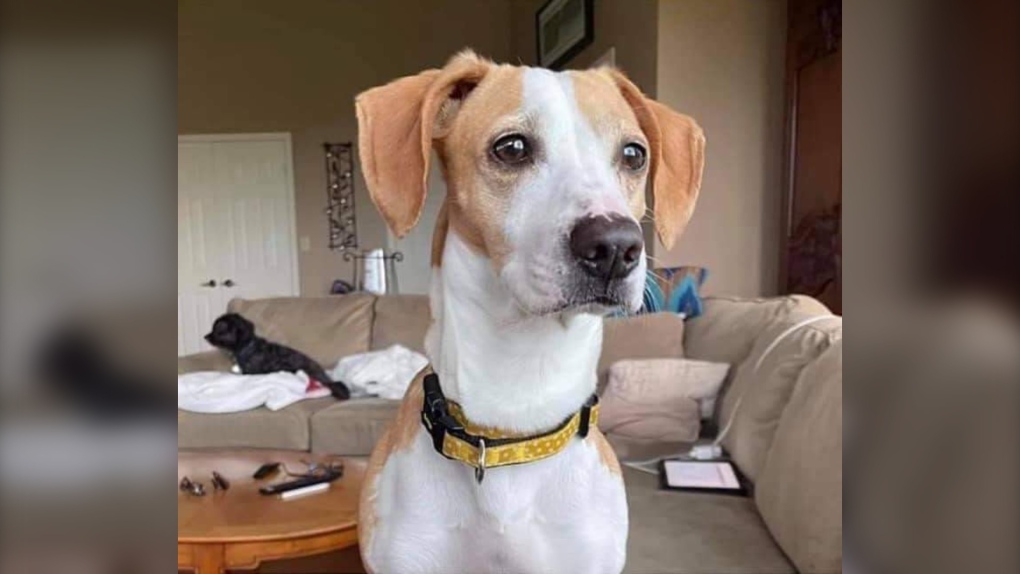 Kevin, a family dog pictured here that went missing in Brandon, Man., turned up days later in an Ontario town more than 2,400 kilometres away from home. (Submitted: Lori Denis)

WINNIPEG -- A family dog that went missing in Brandon, Man., turned up days later in an Ontario town more than 2,400 kilometres away from home.

Ashley Will, who lives just outside of Manitoba’s second-largest city, has had her dog Kevin for about five years. She said in that time he has stayed pretty close to her. But during a visit to a friend's house in Brandon on April 10, Will said Kevin slipped out the gate and disappeared.

Will started a widespread search for her dog – posting pictures on social media, putting calls out on the radio, and calling animal organizations in the area.

"I didn't know what to do from there, so I kind of just sat and was sad," Will said, adding, days went by and there was no word on where Kevin had gone.

"I wasn't giving up, but it was starting to get dark."

After about a week, Will got a message from a woman in Ontario.

"She called me, and she was like, 'don't freak out. I think I might have Kevin,'" Will said.

In an unexpected turn of events, Kevin had wound up in Whitby, Ontario – a town about 45 kilometres northeast of Toronto, and more than 2,400 kilometres away from Brandon.

Will said she learned when Kevin had slipped out of the gate in Brandon, he was picked up by a trucker heading east. She said Kevin was dehydrated, so the trucker called an animal rescue that brought Kevin to Whitby.

Kevin is now staying at some of Will's relatives in Toronto – but is preparing for a long road trip back to Manitoba.

Given the length of the journey, and the COVID-19 travel restrictions in place in Ontario, it is not as simple as jumping in the car and bringing Kevin home. This is where Critter Cabs, a volunteer-based animal rescue transport, stepped in to help.

Lori Denis, a co-founder of Critter Cabs, said 11 drivers have volunteered to participate in what she described as a kind of relay. Each driver will drive Kevin for a 100-kilometre leg of the journey back from Toronto to the Manitoba border.

"Our drivers embraced it as kind of feel good story when there's not a lot of those these days," Denis said.

"I think it is just kind of the world coming together to get him home."

Denis said this is the longest drive Critter Cabs has been involved with.

Kevin will start his long journey home on Friday, and Will is set to pick him up at the Manitoba border on Saturday.

"It is almost like I have no words, but all the best words to everybody that is a part of this," she said. "My heart is so full. It is just not real until he is here."