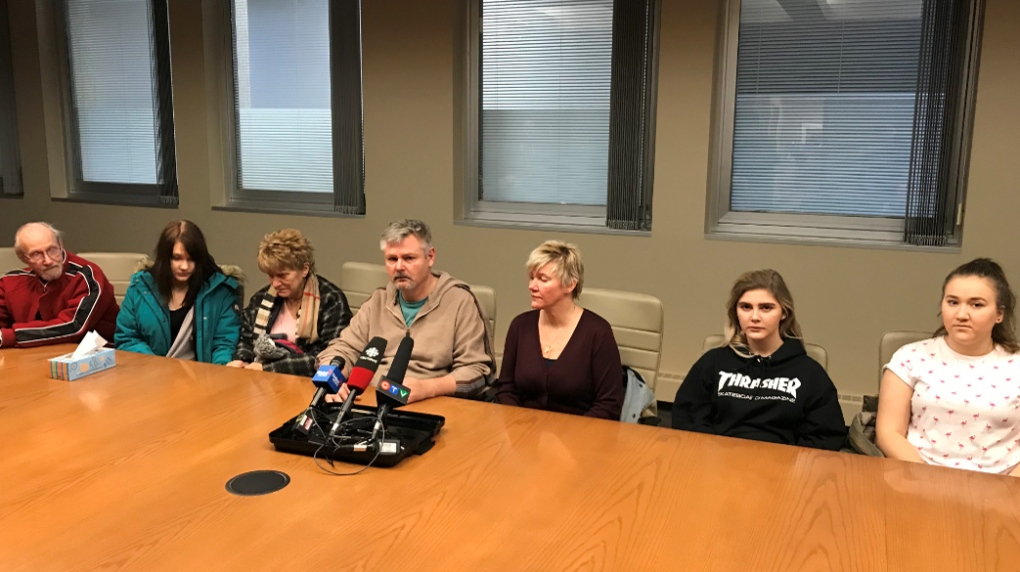 Gerald and Christina Harris, their three daughters, Christina’s mom and dad, as well as her brother are currently split up, staying in separate homes with friends they know from church after the blaze broke out. (Source: Josh Crabb/CTV News)

A family of five, three of their relatives and a friend are looking for a place to spend Christmas together after a fire destroyed their Oak Bluff, Man., home.

Gerald and Christina Harris, their three daughters, Christina’s mom and dad, as well as her brother are currently split up, staying in separate homes with friends they know from church after the blaze broke out.

RCMP in Headingley, Man., received a report about the fire on Park Avenue around 1:20 a.m. on Thursday, and when they arrived on scene the house was engulfed in flames.

Everyone escaped but the family lost all their belongings in the fire.

They suspect the blaze originated in the garage but fire investigators have yet to release a cause.

During a media conference at Grace Hospital Friday morning Gerald recalled what happened.

He said he was in the kitchen getting a snack when he noticed smoke coming from a hallway which leads to an attached garage and laundry room.

Gerald said he thought the washer or dryer may have been on fire.

“Went to touch the door, it didn’t seem too hot,” said Harris. “I opened it up, I burnt my hand when I did that, the door blew off and threw me five feet into the kitchen.”

In all, eight people were in the house: Gerald and Christina, two of their daughters and a friend, as well as Christina’s parents and her brother. Another daughter was staying at a friend’s place and found out overnight about the fire.

No one other than Gerald was hurt, but two cats died in the fire and Christina’s mom’s service dog Ellie, a long-haired chihuahua, is missing and the family fears the dog may have died in the blaze.

The Harris’ had moved to Winnipeg from a community near Thunder Bay, Ont., called Upsala about a year and a half ago.

The family says they had been living in the rental home in Oak Bluff for the past four months.

The Harris’ said they did not have tenant insurance.

They say they’re thankful everyone made it out safely but they’re hoping to find a home where they can all spend Christmas together under the same roof.