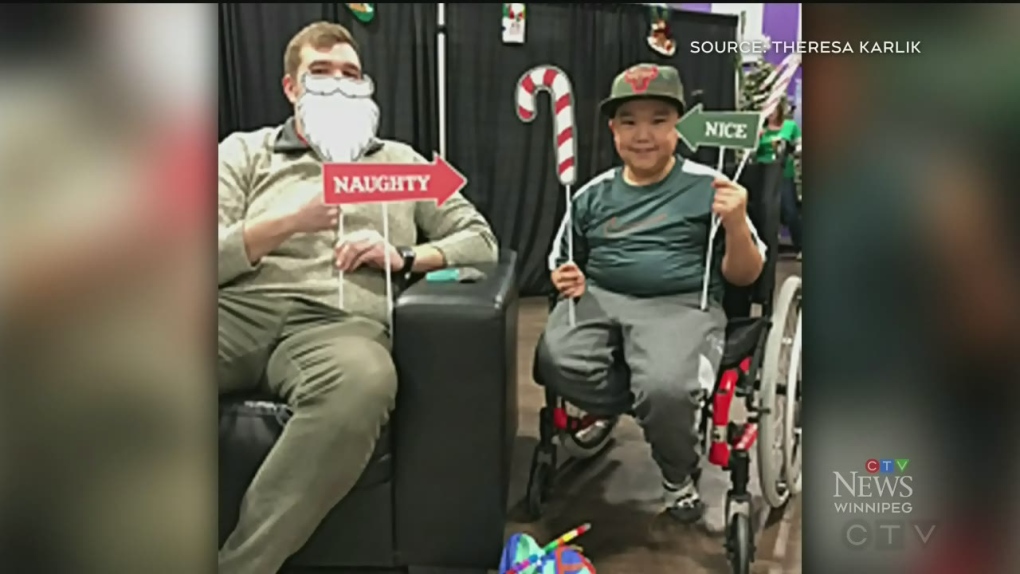 11-year old Romeo Nakoolak suffers from brittle bone disease and relies on his custom wheelchair. The chair was stolen along with his family's van late Saturday night. (Image: Theresa Kalirk)

WINNIPEG -- A Winnipeg family says they’re heartbroken after their 11-year old’s custom wheelchair was stolen. It was inside their van that they say was taken from the back lane of their North End home Saturday night.

Romeo Nakoolak needs the custom wheelchair because he lives with a condition known as brittle bone disease, a disorder that makes his bones fragile. He says the chair is, "super special" to him.

His sister, Theresa Aylward, was the first in the family to notice the car was missing.

“I said hey mom, where’s your car. We went in the back and it was gone. We called police and the wheelchair just happened to be in the van, “ said Aylward.

Romeo’s guardian, Christine Aylward says the Chevrolet Uplander van was stolen from the back lane of her home around 4 am.

The family does have a backup wheelchair but Kalirk says it's bulky and heavy, and Romeo isn’t able to propel himself the same way he can with his special one.

Aylward says she hopes someone with information about the chair will come forward and that the suspected thieves do the right thing so Romeo can be reunited with his special wheelchair.

As of Wednesday morning, Winnipeg police said the van and the wheelchair had not yet been located.