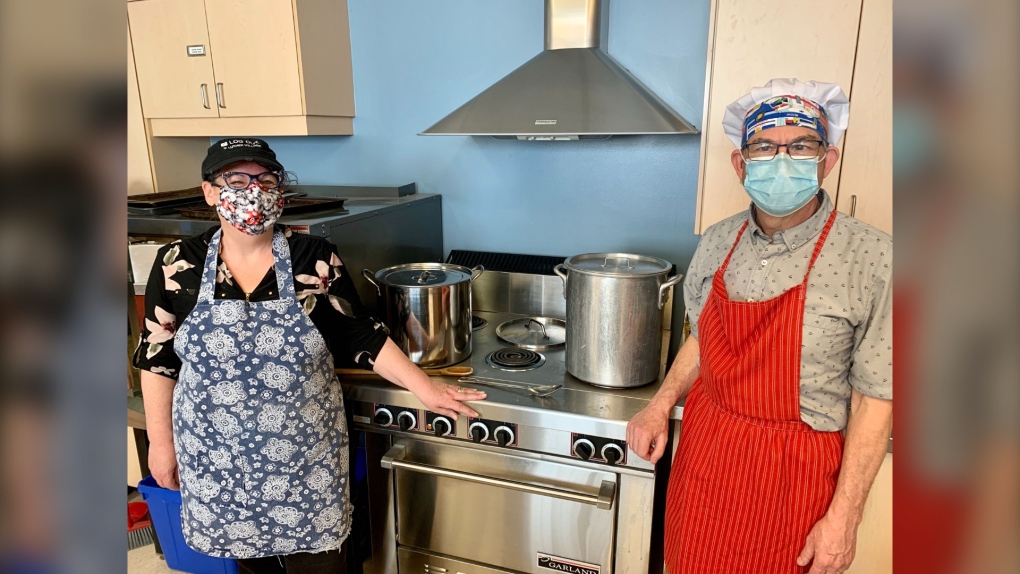 WINNIPEG -- It started as a way to ensure Winnipeggers in COVID-19 isolation got healthy meals and were supported.

It ended up leaving a final memory to last a lifetime.

Paulette Cote, her husband Peter Czehryn, and other family and friends have been running the Winnipeg Soup Fairies, using their cooking and baking skills to bring soup and some smiles to people who need them.

“We feel privileged that we are able to serve these people because that allows us to go out into the community and meet people,” said Czehryn. “It’s a growing thing. We deal with one person, and we deliver soup, but it extends to their family and friends.”

Barely a month ago, Barbara Deperas felt sick and was in isolation. Her daughter-in-law, Stacey, nominated her to receive a hot soup meal.

“We called her up, and she was just the loveliest lady and she said I’m really not feeling good and I just so appreciate your homemade soup,” said Cote.

Remi Deperas, Barbara's son, said it turned out to be her last meal.

She passed away peacefully in her sleep.

“The last thing we received from my mom was an email in the evening after she had her soup from Winnipeg Soup Fairies, thanking us and thanking them for the wonderful meal she had,” said Deperas.

Knowing his mom’s final meal was prepared with such love and care meant the world to him.

“It does give us some sort of closure to know the last several hours of her life and what she did and the fact that she was able to eat,” Deperas said.

The Deperas family said instead of sending flowers for their mom, they’d rather people send in donations to the Winnipeg Soup Fairies, so that other people can get the same kind of support that their mom did.

The Winnipeg Soup Fairies said support is needed as the service has expanded.

“Our costs run about $500 a month, so we have gone from serving two or three families a week, to now the most we have done is about 25 deliveries in one day,” said Cote.

The couple has also collaborated with the Never Alone Cancer Foundation to help support those families as well.

If you know anyone you would like to nominate for a gift of kindness, you can find Winnipeg Soup Fairies on Facebook.