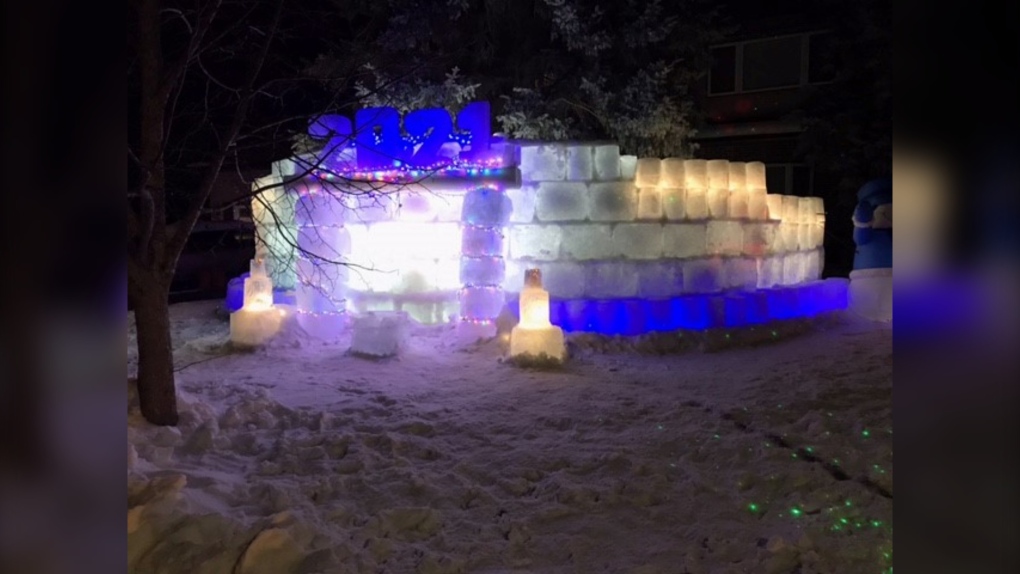 WINNIPEG -- A father and son rang in the New Year by working on a seriously cool project in North Kildonan.

Dave Robinson and his son Stephen built an approximately 12-metre-long ice castle in their front yard on Algonquin Avenue.

“Working with my son Stephen was just a blast,” Dave said.

“We spent a lot of time outdoors and really enjoyed it. A lot of neighbours walking by, a lot of people walking by, who wanted to engage in conversation. It was great. “

The duo made the ice blocks by filling Rubbermaid containers and five-gallon buckets with water and freezing it into ice.

The pair said people have been stopping by the ice castle for selfies and have been thanking them for bringing joy to the community.

“It was just really nice to see the community stopping by, talking to us, and we really enjoyed it,” Stephen said.

For anyone who is interested in creating their own ice castle, Dave recommends they start early and to put a good slush layer between the ice blocks.

- With files from CTV’s Rachel CrowSpreadingWings.