Winnipeggers in two neighbourhoods are working to deter crime and protect their property by turning on more lights this summer.

Marli Sakiyama with the River Heights Crescentwood Safety Association, said in the past few years, the area has seen a rise in vandalism, petty crime, and smashed vehicle windows.

She launched a motion detector light program with the help of a grant from her city councillor's office to get solar lights in back lanes and public spaces.

Last year, 50 lights were installed at properties for free.

Sakiyama said the program the cost the city about $4,300.

"I think we reached that tipping point where people are just really, really annoyed. They’re sort of fed up," she said.

Sakiyama also helped get lights installed at a park on Harrow Street that has a wide open space and heavy tree cover, which makes it especially dark at night.

The impact of having the lights is still not known, but Sakiyama said people living near the park were a little fearful because someone had been found sleeping in the playground and needles and stolen items were also discovered.

Sakiyama said crime tends to increase in summertime, and the lights are a way to mobilize and prevent it.

This year, another 60 residents have signed up to have lights installed and the association is working to get additional funding, she said.

Meanwhile, in River Park South -- the city councillor for the area, Markus Chambers, says there’s also been an increase in property crimes and vehicle break-ins.

People at a community meeting suggested homeowners brighten-up their properties and turn on front house lights.

"With the LED light bulbs that are so much brighter and so much more energy efficient, leaving these lights on from midnight from four in the morning, if everybody does it, it helps illuminate and deter people from going into cars, going into garages,” said Chambers.

“There is the potential they could get caught," he added. 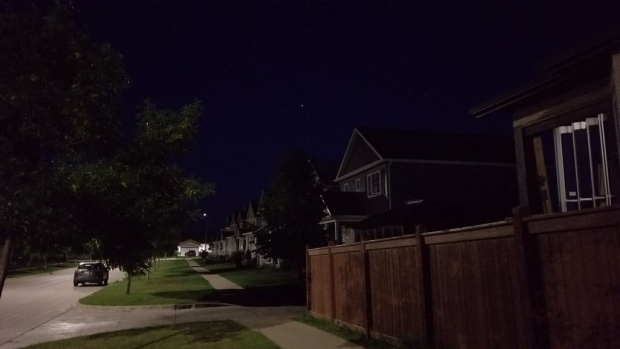 Chambers said turning on lights is a cost-effective way to reduce crime in neighbourhoods.

Heather Drenker has lived in River Park South for 16 years.

She recently took to social media to encourage her neighbours to turn on their lights at night.

“Other than street lights, many homes/properties in the area are quite dark at night/overnight,” she said in an email to CTV News.

Drenker said she leaves her lights on when it’s dark, which has made a difference.

“I feel the cost of leaving lights on overnight would be less expensive than having to deal with the emotional and physical damage from a home or vehicle being broken into,” she said.