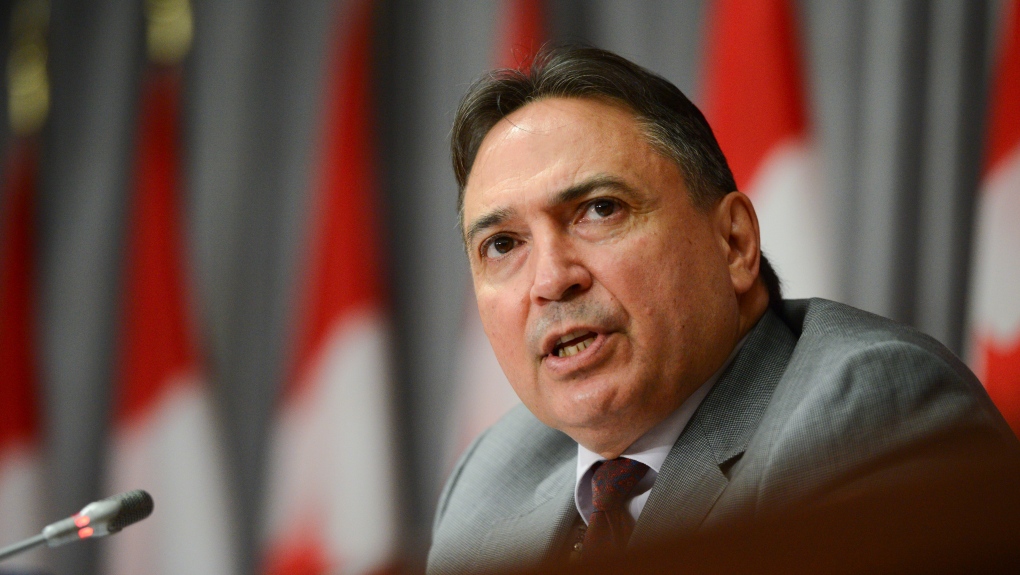 Perry Bellegarde, National Chief of the Assembly of First Nations, takes part in an event on Parliament Hill in Ottawa on Tuesday, July 7, 2020, to sign a protocol agreement to advance First Nations' exercise of jurisdiction over child and family services. THE CANADIAN PRESS/Sean Kilpatrick

WINNIPEG -- The federal government and the Assembly of First Nations signed a new deal on Tuesday which will see the current Indigenous Child Family Services system overhauled.

“It’s a vow to indigenous families and communities that we will continue to make things right," said Marc Miller, the Minister of Indigenous Services.

The two sides said the agreement will help reduce the number of Indigenous children in the system and aid communities in building their own systems.

"Making sure that those children were looked after and they were able to be kept home in their families and communities surrounded by their relatives," said Perry Bellegarde, who is the national chief of the Assembly of First Nations.

According to the Manitoba government, 90 per cent of the 11,000 children in care are Indigenous.

While the agreement has been reached, Cora Morgan says Bill C-92 is too vague.

Morgan is Manitoba's First Nations Family Advocate and says there is no funding commitment listed.

"First of all, you have to subscribe to C-92 to even begin to discuss those financial contributions," she said.

Morgan says $550 million goes into Child and Family Services every year in Manitoba and adds every province is different.

Matthew Brian Shorting was in the system for over 13 years and says he experienced a lot of trauma because of it.

"My experience with it is that my family didn't receive help. I didn't know my identity or my belonging until I was at least 15," said Shorting.

He said his mom faced a lack of housing and worked nights. Because of that, he stayed with his grandma and other relatives.

He said they also supported other foster families and because of it, a caseworker took him due to the house being overcrowded.

"As a result of it today, I'm not as close to my family. I do have a connection to them, I do have awareness of my family tree and my history, but at first, it left a lot of catching up to do," he said.

Morgan said First Nations people never gave up their right to raise their children, but generations of residential school survivors and the Sixties Scoop has created a cycle of poverty and trauma.

"You have generations, where there's families who have six generations of children who were taken from their families and each generation that happens to, there's more entrenched damage," said Morgan.

The Southern Chief's Organization says it's pleased to see the process of implementing First Nations' jurisdiction, in relation to child and family services, continuing to move forward at the federal level.