Fire at empty Winnipeg house for second month in a row 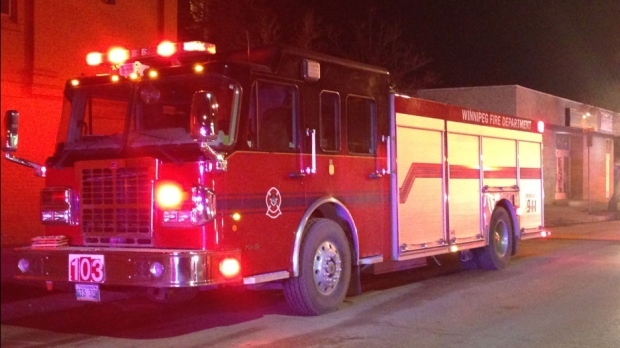 WINNIPEG -- A Winnipeg house has gone up in flames for the second month in row.

According to the City of Winnipeg, on-duty police officers reported the fire at an empty, two-storey house in the 300 block of Mountain Avenue on Tuesday around 1:45 a.m.

When fire crews got to the home, they found a well-involved fire, with heavy smoke and flames, making it unsafe for them to go inside.

Crews attacked the flames from outside the structure, extinguishing it just after 5 a.m.

The incident commander used the Winnipeg Fire Paramedic Service drone, which has a thermal imaging camera, to get aerial views of the fire, which helped crews to find the hotspots and strategically deploy water streams.

Residents of two nearby homes evacuated as a precaution, but everyone has now gone back to their homes. No one was hurt.

There is no damage estimate right now, but the house already had some damage from a fire in August 2020.