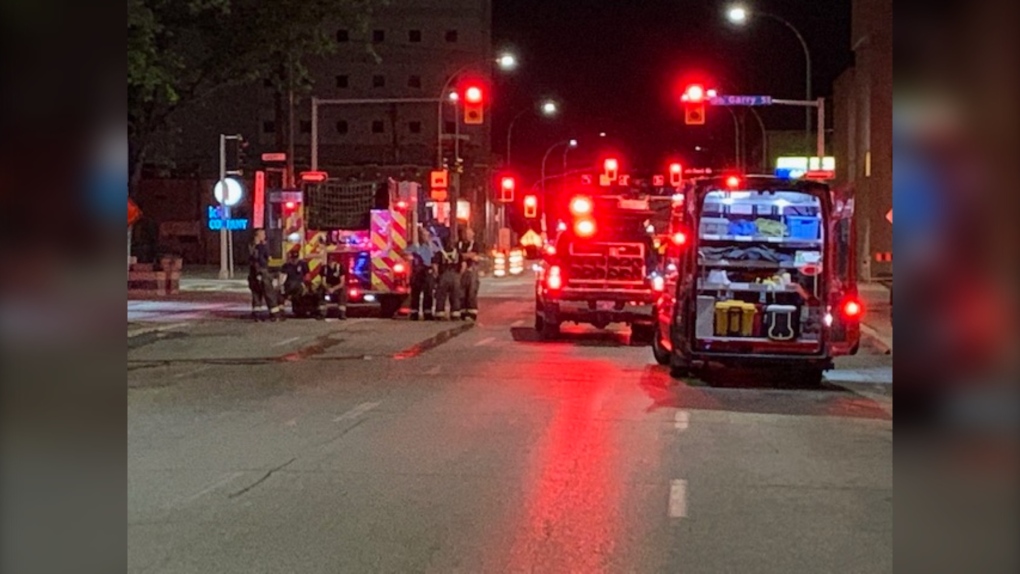 WINNIPEG -- A fire at a Manitoba Hydro station on Thursday night has led to power outages in downtown Winnipeg.

The fire took place around 11:40 p.m. on York Avenue, where Winnipeg police cadets could be seen on Friday morning. The outages impacted customers from Vaughan Street to The Forks, and Portage Avenue to Broadway.

According to a spokesperson from Manitoba Hydro, fire and hydro crews couldn’t go into the building until it was de-energized, which happened around 4:30 a.m.

In order to enter the building, crews also had to suit up in full personal protective equipment.

At first, about 3,000 customers were without power, but this number is now down to 80, though this could include high-rise, multi-tenant buildings.

At this time, there’s no estimated time for restoration.

Residents may notice a greater-than-usual hydro presence downtown on Friday, as crews continue to check the system at multiple points in order to find any hidden faults that could trip the circuits again if the power is restored too quickly.

Police tweeted traffic lights are out at Main Street and York Avenue, Israel Asper Way and York Avenue, and Pioneer Avenue and Waterfront Drive. Officers are on scene directing traffic, but ask residents to plan for an alternate route if possible.