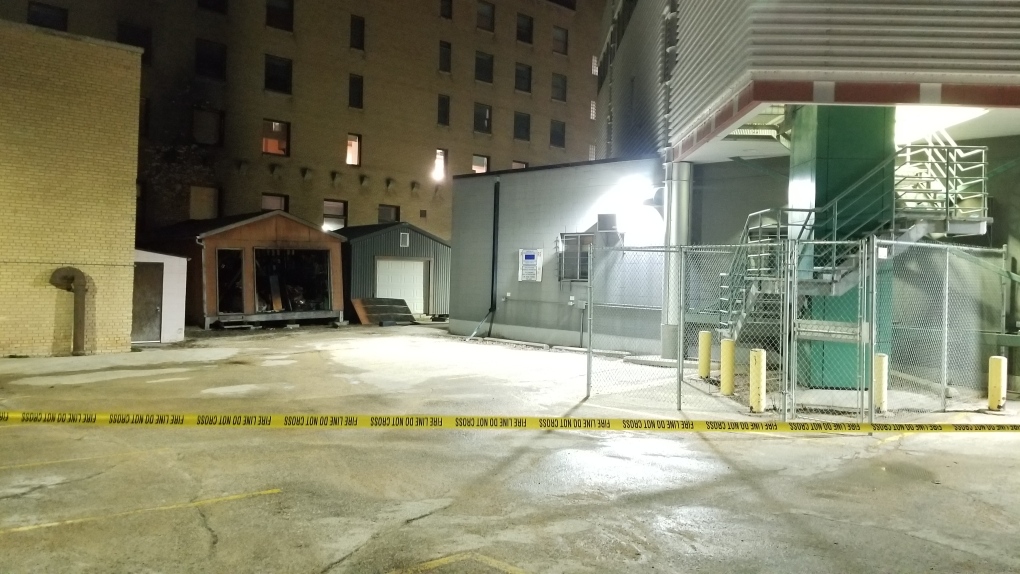 The aftermath of a fire behind St. Boniface Hospital on May 16 is pictured. (Source: CTV News/Dan Timmerman)

WINNIPEG -- A fire broke out in a shed behind St. Boniface Hospital Saturday evening.

The Winnipeg Fire Paramedic Service was called to the fire at 6:45 p.m. The city said a second alarm was called, which increases the number of apparatus and crew members on scene, in case the fire extended into the hospital.

When crews arrived, the city said they encountered heavy flames and black smoke coming from the shed. The fire was declared under control within about 15 minutes.

There were no evacuations were required and no injuries reported. The city said no hospital patients were impacted.