Fire breaks out in Winnipeg high-rise 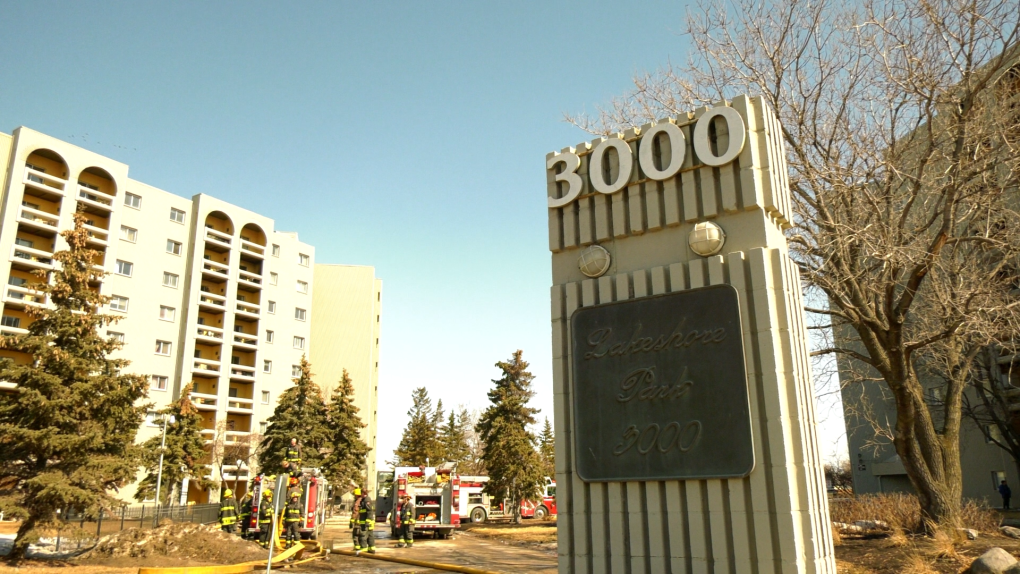 Winnipeg firefighters say a blaze that broke out in a suite of a high-rise building is under control. (Source: Glenn Pismenny)

WINNIPEG -- Winnipeg firefighters say a blaze that broke out in a suite of a high-rise building is under control.

Crews were called to a nine-storey apartment building in the 3000 block of Pembina Highway shortly after noon on Friday. A second alarm was called to bring more crews to the scene because of the "high life hazards when dealing with a high-rise structure," the city said.

Crews found smoke coming from the building and began an offensive attack. They had it under control by 12:35 p.m.

The city said most damage was contained to the suite where the fire started, though other parts of the building had minor smoke damage.

Most occupants have been allowed to return to their suites. Those who have not are expected to be able to return when crews have finished their work.

Paramedics assessed one person on scene, though no one was taken to hospital.

The cause of the fire is under investigation and there are no damage estimates available at this time.