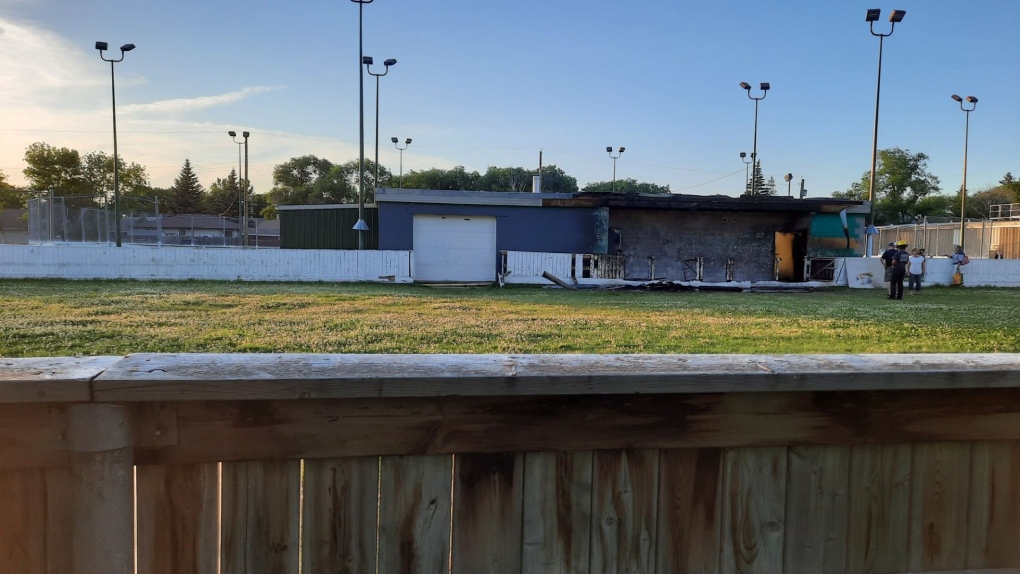 Fire damaged a hockey shack and benches at a Fort Garry skating rink Thursday night, said a spokesperson for the City of Winnipeg.

Firefighters responded to multiple reports of fire on the exterior of Westridge Community Center at 6:26 p.m.

When crews arrived they found fire and smoke coming from the bench area of a hockey shack connected to a rink.

“They launched an offensive strategy, hitting the fire from the exterior and entering the structure to check for further extension,” the spokesperson said in a media release.

The fire was declared under control at 7:09 p.m.

No one was in the building at the time and no injuries were reported.

Damage was mostly contained to the outside bench area of the hockey rink.

The hockey shack was left with minor smoke and water damage inside.

U.S. President Joe Biden is using his State of the Union address Tuesday night to call on Republicans to work with him to 'finish the job' of rebuilding the economy and uniting the nation as he seeks to overcome pessimism in the country and navigate political divisions in Washington.

PM Trudeau presents premiers $196B health-care funding deal, with $46B in new funding over the next decade

The federal government is pledging to increase health funding to Canada's provinces and territories by $196.1 billion over the next 10 years, in a long-awaited deal aimed at addressing Canada's crumbling health-care systems with $46.2 billion in new funding.

Before and after: How Toronto's MARZ uses AI to make motion picture magic

While much of internet is still buzzing about the wonders of ChatGPT, a Toronto-based technology and visual effects company is making its own splash in Hollywood using artificial intelligence.

As negotiations continue between premiers and the federal government, former Quebec premier Jean Charest is criticizing the feds' string-attached approach to health-care funding, stating that Ottawa should not be in the business of operating health-care systems.

A sensor you draw with a pencil could be used for 'smart diapers,' contactless switches and respiratory monitors

We may soon be able to detect humidity levels, respiratory changes or a too-wet diaper, all with a new type of sensor — one created by drawing with a pencil on specially-treated paper.

A 24-year-old man now linked to an unusual string of crimes that kept the Dallas Zoo on the lookout for missing animals told police that after he swiped two monkeys from their enclosure, he took them onto the city's light rail system to make his getaway, court records show.

Balloons and drones among 768 Canadian UFO reports from 2022: researcher

Balloons and drones were among 768 reported UFO sightings in Canada last year, according to Winnipeg-based researcher Chris Rutkowski, who also found that eight per cent of all cases remained unexplained.