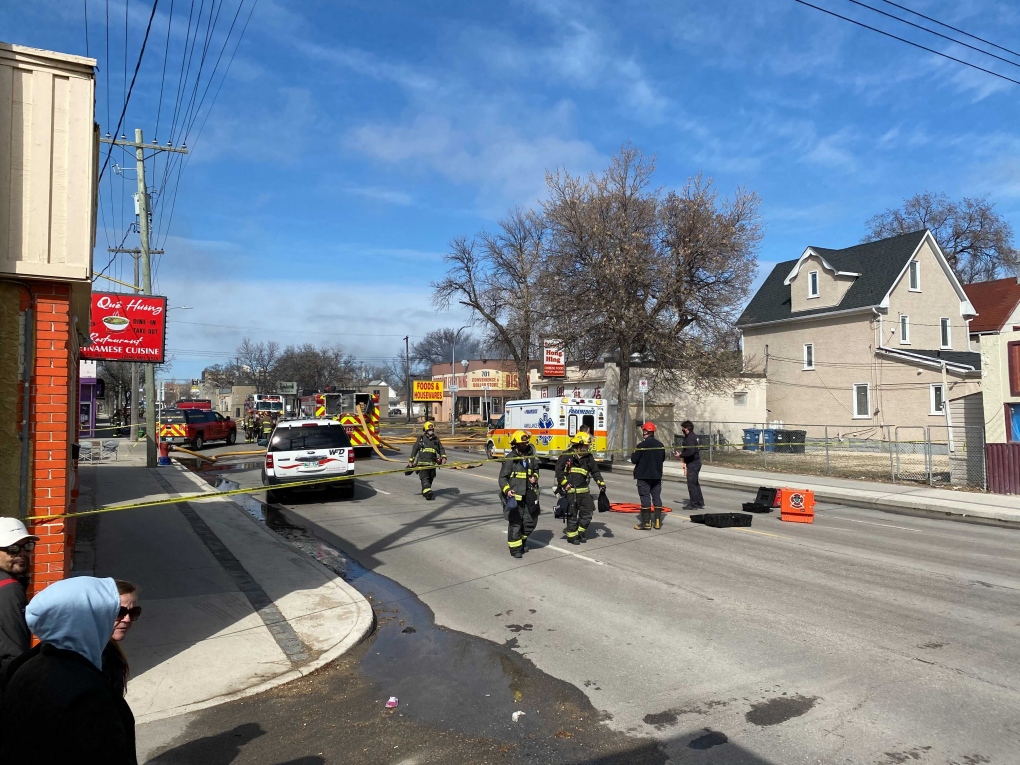 WINNIPEG -- A Sunday morning fire on Ellice Avenue forced the temporary closure of roads and the evacuation of residents from a nearby home.

The Winnipeg Fire Paramedic Service said crews responded to reports of a building on fire near Ellice Avenue and Victor Street just after 6 a.m.

When crews arrived they found a single story convenience store burning, with heavy smoke and flames coming from the structure.

Fire crews had to fight the fire defensively and the blaze was declared under control shortly after 11 a.m.

District 10 Chief Terry Mymko of the Winnipeg Fire Paramedic Service said seven crews were involved in fighting the fire throughout the day. The service also used a drone equipped with a thermal imaging camera to help find of hotspots.

The WFPS said a neighbouring home did suffer some heat and water damage and residents had to temporarily evacuate.

“The assessment value is somewhere in the range of $400,000 mark, and we’re saying it’s a total loss at this time,” said District 10 Chief Terry Mymko of the Winnipeg Fire Paramedic Service.

No injuries were reported and the cause of the fire is under investigation.