WINNIPEG -- A new strategic plan from the Winnipeg Fire Paramedic Service says the city needs fewer stations and a new one in Waverley West to improve response times.

The report is recommending the service go from 30 stations to 24, including a new one in the Waverley West.

It says this can be done with a traffic light priority system which gives emergency vehicles green lights.

“The system allows each station to effectively provide service to a larger area due to faster and safer responses," the report said.

A map contained in the report suggests this new plan would ensure travel times are within four minutes city-wide. It will also see stations expanded and upgraded. Here is a look at the proposed station coverage: 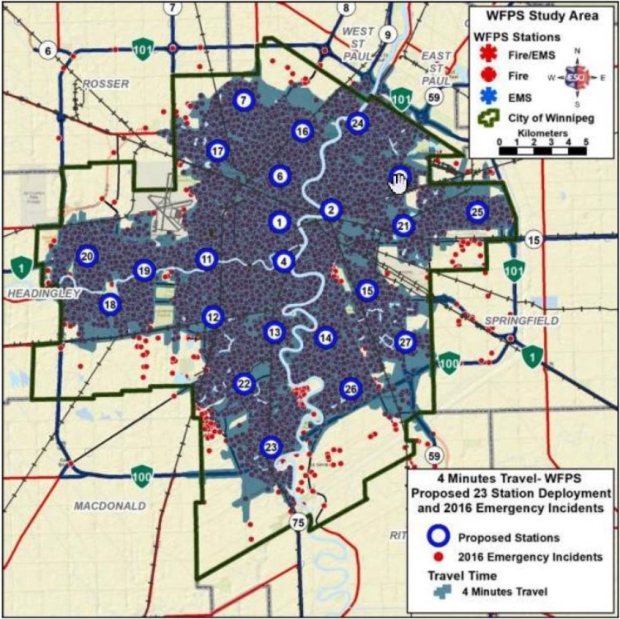 “Since over half of the existing stations predate unicity amalgamation, their locations are based on the old municipal boundaries. Furthermore, those same stations are identified as end of life," the report said.

Here is a look at the current WFPS station coverage with 27 fire and emergency medical services stations, and three stand-along EMS stations. 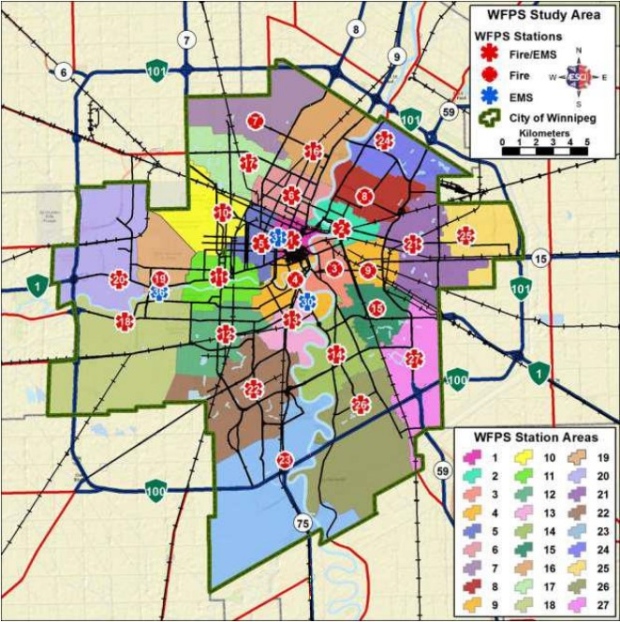 "Therefore, this is an opportunity to reduce the service’s footprint and simultaneously replace aging infrastructure in more optimal locations.”

Waverley West Councillor Janice Lukes said this is long overdue. She said she’s seen budget documents that show Station 9 on Marion will be closed, with the fire hall in Waverley West planned for 2023/24.

Here is a look at the proposed Waverley West station near Brady Road and Bison Drive. 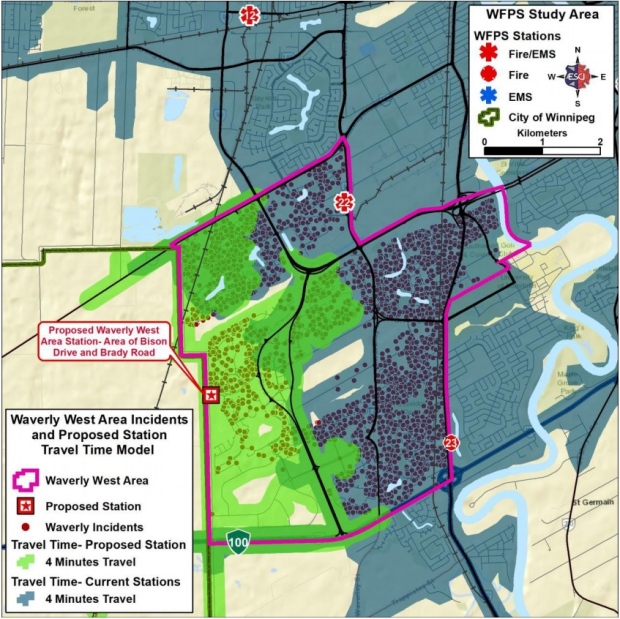