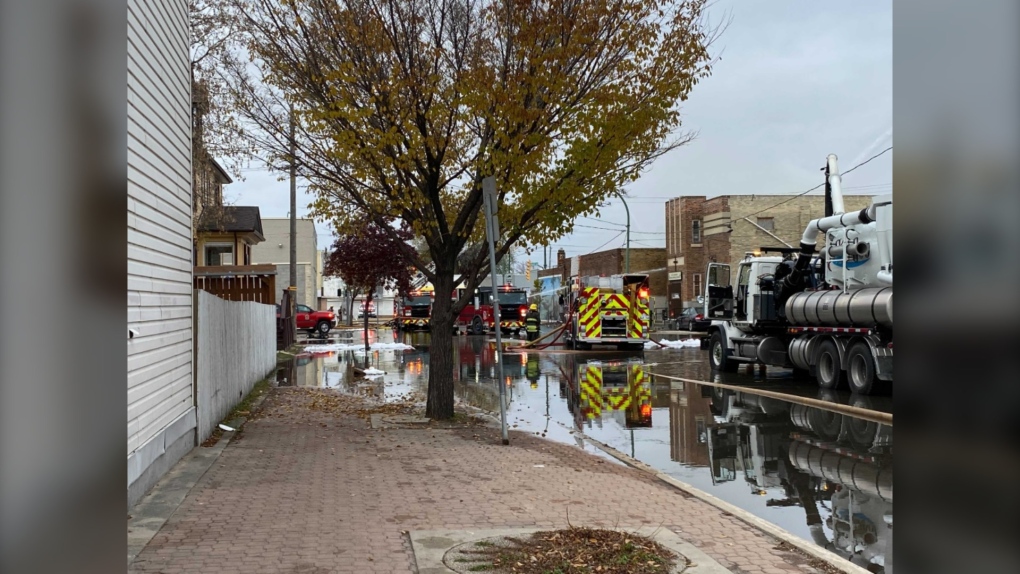 Part of Main closed on Sunday morning due to a building fire in the 800 block. (Image Source: Zachary Kitchen/CTV News)
WINNIPEG -

A firefighter has been injured battling a Sunday morning Main Street building fire, which closed roads and forced evacuations.

The Winnipeg Fire Paramedic Service said they responded to a multi-unit commercial building fire in the 800 block of Main Street shortly before 8 a.m.

When crews arrived, smoke and flames were seen coming from the building and firefighters switched from an offensive to a defensive attack due to dangerous conditions within the building.

To protect nearby structures, the WFPS said fire crews used two aerial ladders and handlines to fight the fire.

A drone was also used to detect hotspots and provide additional information to crews on the ground.

WFPS said the building is a complete loss because of fire damage and a collapsed roof.

The building will be torn down to prevent any further collapse.

A nearby church did suffer some smoke and water damage, but no damage estimates were available.

Fire crews and members of the Winnipeg Police Service evacuated some people from neighbouring units within the building.

Injuries were limited to one firefighter, who was treated by paramedics and then taken to hospital in stable condition. 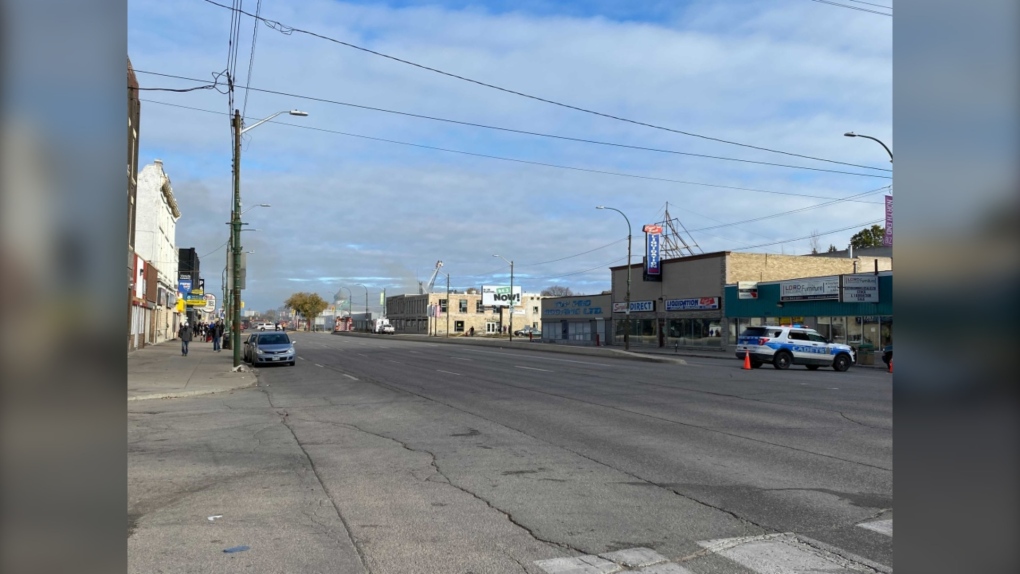 Northbound and southbound traffic on Main Street were closed between Jarvis Avenue and Selkirk Avenue and residents were asked to avoid the area.