Firefighters respond to 3 fires within 2 hours 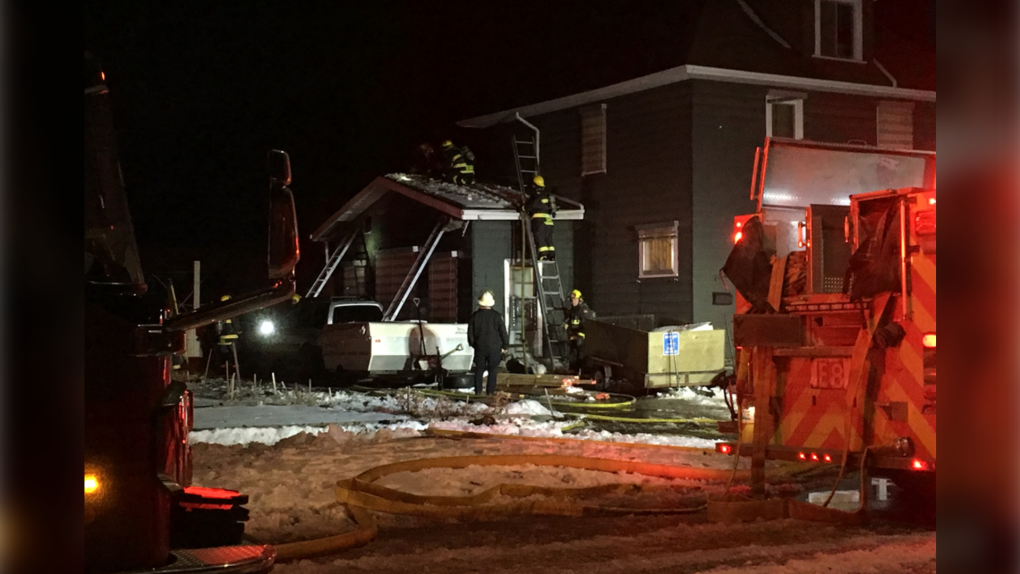 WINNIPEG -- The Winnipeg Fire Paramedic Service had a busy night Sunday, responding to three fires within two hours of each other.

The first broke out at a two-and-a-half storey house around 8:30 p.m. in the 100 block of Helmsdale Avenue. The city said the house was under renovations.

When crews arrived, the city said they encountered heavy smoke. They were able to get inside the house in order to extinguish the fire.

The city said everyone inside was able to safely get out before crews arrived. No injuries were reported.

Around 9 p.m., crews responded to a fire in a one-and-a-half storey house in the 800 block of Ashburn Street.

The city said when crews arrived, they found smoke and flames coming from the house. Deteriorating conditions forced firefighters out of the house, and into a defensive attack.

The city said crews are expected to be on scene through the night. Everyone inside the house was able to get out safely before crews arrived.

Two neighbouring homes were evacuated as a precaution. The city said Winnipeg Transit buses were sent to the scene to provide shelter while crews work to contain the fire. As of Sunday night, no injuries had been reported.

Just before 10:30 p.m. fire crews were called to a 10-storey apartment building in the first block of Carlton Street.

The city said a second alarm was called, meaning additional crews were sent to the scene, due to the potential for a high number of people in the building. Crews encountered smoke when they arrived, and launched an offensive attacked.

The fire was declared under control just after 11 p.m. The city said damage was contained to the suite where the fire started.

The city said crews canvassed all floors to ensure everyone was safe, and said residents did not have to evacuate. One person was assessed on scene by paramedics, and was taken to hospital in stable condition. No other injuries were reported.

The cause of all three fires will be under investigation. The city said no damage estimates are available at this time.