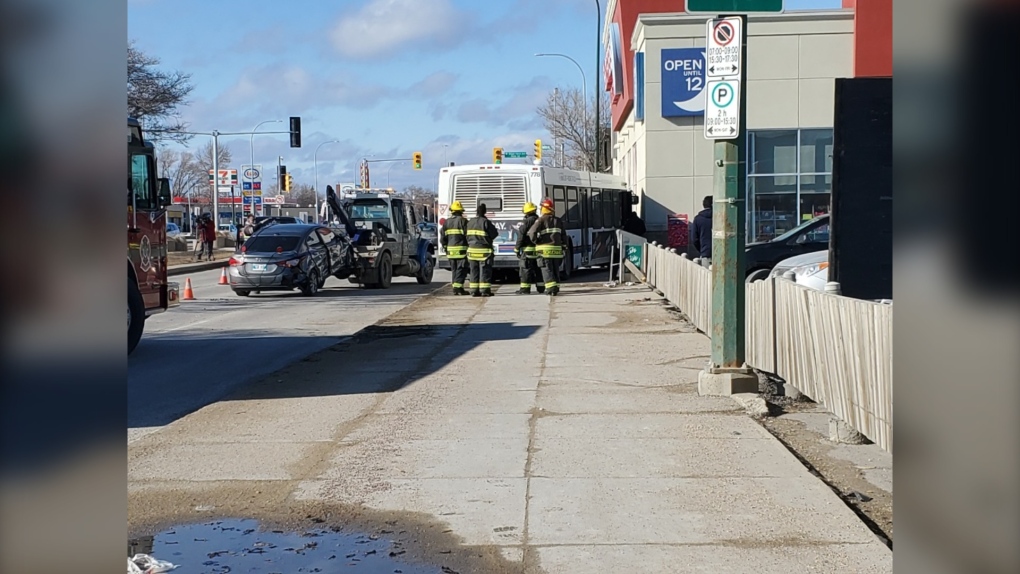 WINNIPEG -- Winnipeg Fire and Paramedic Services were called to a collision involving a city bus and multiple vehicles Thursday afternoon.

The collision occurred near the intersection of Windermere Avenue and Pembina Highway at 4:17 p.m.

Witnesses on the scene said at least two vehicles had been towed, and a city bus was on the sidewalk near a Shoppers Drug Mart.

A city spokesperson said no injuries were reported, and no one was transported to hospital.