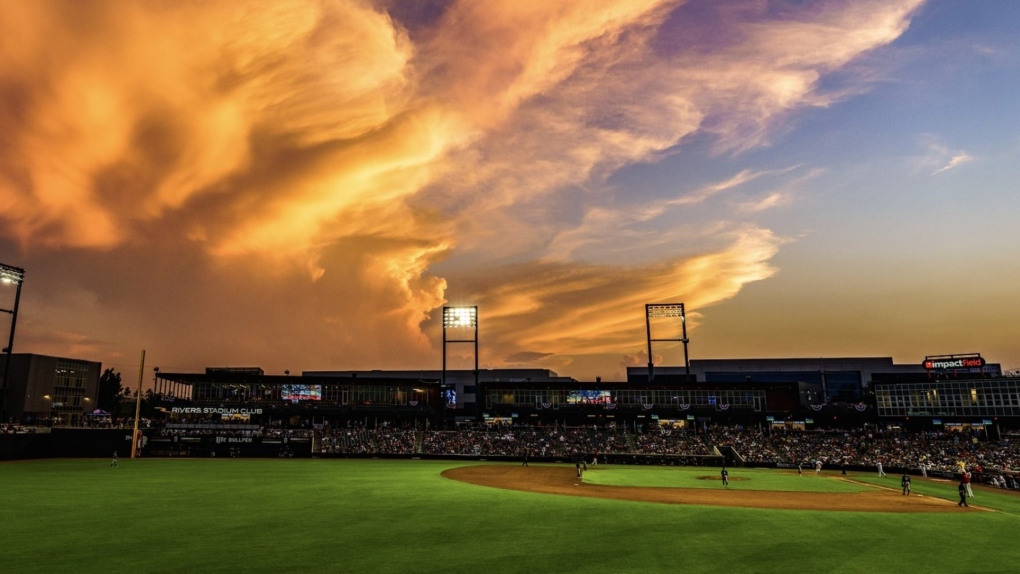 The Winnipeg Goldeyes' Thursday-night game in Illinois came to an early end when a neighbour to the ballpark lit off a firework show.

It was the top of the ninth inning – the Goldeyes, playing against the Chicago Dogs at Impact Field in Rosemont, Illinois, were up 8-5. In a news release Thursday, the Goldeyes said a fireworks show was started at a development next to the ballpark, forcing the teams to suspend the game.

The Goldeyes said the game will be completed when the Chicago Dogs meet the Goldeyes in Winnipeg at Shaw Park from August 31 to September 2.