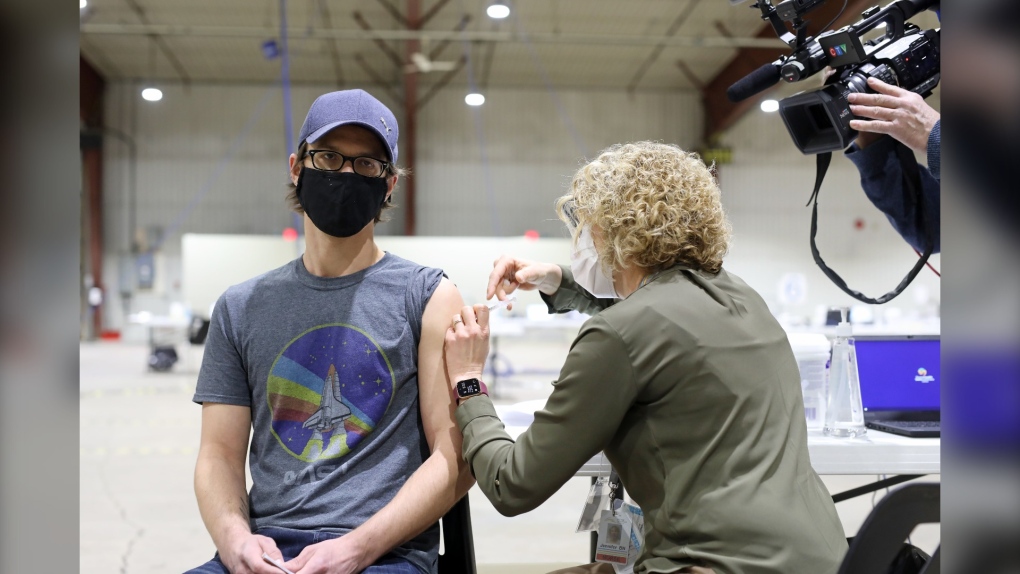 The first three doses were given to Joanna Robb, Kirsten Boyce and Robert Farquhar. All three of these Manitobans work at the Westman Labs and are eligible for the vaccine as they work with COVID-19 samples.

Manitoba Health expects to deliver 4,100 shots of COVID-19 vaccine at the site, which is located at the Keystone Centre.

“This is a little bit of a surprise, but you know what, someone’s got to be first,” Robb said on being one of the first people to get the vaccine at the facility.

Robb said she wanted to get the vaccine because she hears the COVID-19 numbers and death toll every day and “it’s heartbreaking.”

“We can do something, and it’s here and it’s real,” she said.

Robb, who was the second person to receive the vaccine at the facility, noted it was less painful than her flu shot.

“Seeing how things are being a little bit limited right now, to be able to be the second person, I guess, that’s so exciting,” she said.

“Not only to protect myself, but to be able to protect other people that maybe can’t get it right away or won’t ever be able to get it for medical reasons, so I’m just super thankful.”

After receiving his vaccine, Farquhar said he felt good and hoped it was the first step to getting rid of COVID-19.

Priority will be given to health-care workers during the first week of operations.

A spokesperson for the Manitoba government said they have 11 immunizers working at eight immunization stations at the new super site on Monday.

According to the NDP, more than 500 health-care workers who should have been notified of the Brandon site’s location and appointment booking times instead received information incorrectly directing them to Winnipeg’s vaccination super site.

The province says the error was corrected quickly via a follow-up text.

The Manitoba government says the Brandon site has the ability to ramp up vaccination volumes as the supply of vaccines increases.

A third vaccination super site is scheduled to open in Thompson, Man. on Feb. 1.

- With files from CTV’s Mason DePatie and Melissa Hansen.