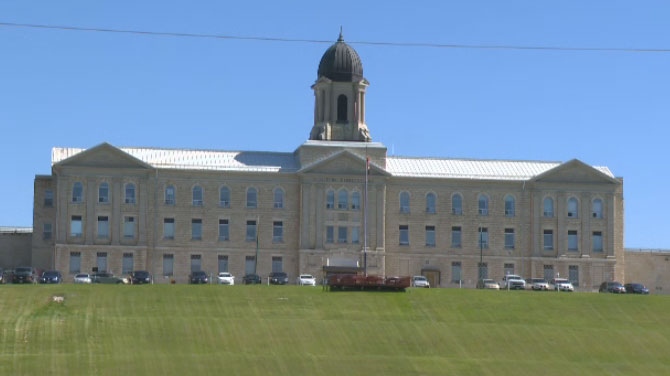 UPDATE: RCMP said Monday two men have been charged with first degree murder in connection with the inmate’s death.

Police said they were told at 8:25 p.m. Friday of an inmate found unresponsive in his cell. Officers were told the 26-year-old was badly hurt following a fight with two other inmates. He was pronounced dead at the scene.

Police identified the men charged as Todd Jeffrey Irving, 47, and Cory Edward Derdak, 26 and said the investigation is ongoing.

He was serving a five-year-four-month sentence for charges that include robbery and assault peace officer.

His next-of-kin have been notified.

Murray Monkman, manager of operations at Stony Mountain Institution, said Correctional Service Canada is investigating the circumstances of the death and the coroner and RCMP are also involved.