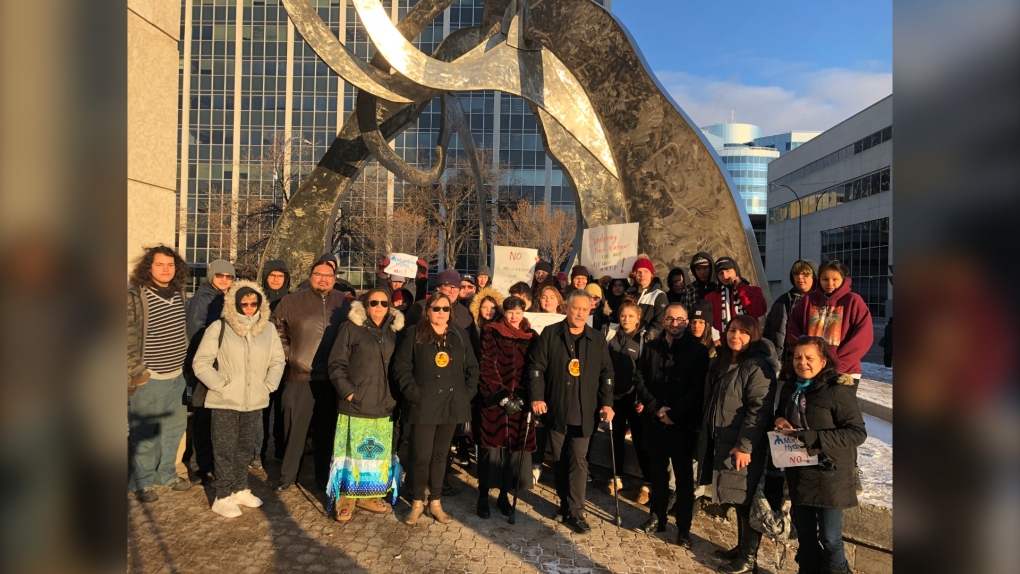 WINNIPEG -- A Manitoba First Nation is taking its case to the highest trial court for the province in an effort to halt the Manitoba-Minnesota Transmission Project.

In a press release, Sagkeeng First Nation said it wants the project stopped so that First Nations are properly consulted and accommodated.

Wednesday morning, the community held a press conference prior to the hearing outside the Law Courts.

The $453 million, 500-kV transmission line is already under construction. Ottawa gave the green light for the project earlier this year.

Manitoba Hydro indicates the line runs from the Winnipeg area to the U.S. border in southeastern Manitoba where it will connect to the Great Northern Transmission Line.

Manitoba Hydro said it's already shown it has complied with the conditions and the project is moving forward.

Corey Shefman is legal counsel for Sagkeeng . He said although the community, about 125 kilometres north east of Winnipeg is not physically located along the route of the transmission line, as a signatory of Treaty One, it is able to exercise rights along the route.

Shefman said Sagkeeng has identified many of its members already exercise their rights, such as harvesting, hunting and holding ceremonies.

Chief Derrick Henderson said Sagkeeng is the first to be in court challenging the line.

“When our ancestors signed the treaties, they agreed to share their land, not give it away. Manitoba and Hydro need to learn that they have to treat our people with respect,” said Henderson in the release.

Four First Nations and the Manitoba Métis Federation are appealing the project.

Lawyers for the government argue Sagkeeng taking the issue to court is premature.

They say the assessment by the government found the impact of the power line on Sagkeeng to be low and the duty to consult was moderate.

“Manitoba also completed a detailed Crown-Indigenous consultation process as part of the overall project review. The consultation process provided Indigenous communities with additional opportunity to become engaged and informed about the project and to share any comments, concerns and recommendations to protect Indigenous rights and environmental interests,” said a press released at the time

READ MORE: The $453M transmission line project under review by an energy regulator

“We will be asking the Court to tell Manitoba what Sagkeeng has been saying for years – Manitoba’s consultation process is inadequate, and does not even come close to the constitutional standard,” he said.

Both Manitoba Hydro and Manitoba Justice say they have no comment at this time.