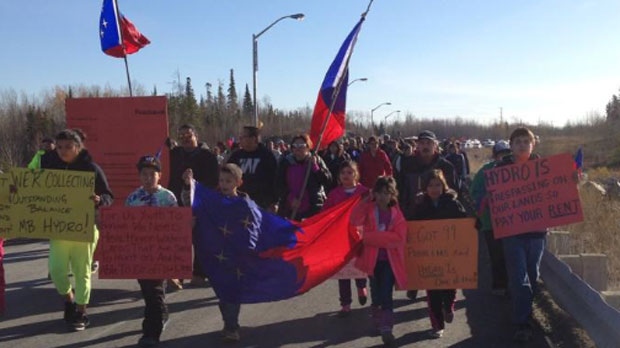 Pimicikamak First Nation wants Manitoba Hydro and the premier to address its concerns over flooding and shoreline damage.

The Pimicikamak First Nation has served what it is calling an "eviction notice" to Manitoba Hydro workers.

In a statement released Wednesday, the First Nation said some of its members would occupy the grounds and staff housing complex at the Jenpeg generating station until their concerns are addressed by Manitoba Premier Greg Selinger and Manitoba Hydro CEO Scott Thomson.

Manitoba Hydro said it has removed most of the workers and secured the site at Jenpeg. Ten workers remain at the site. Hydro said no unauthorized people are in its buildings.

Hydro said it will meet with the First Nation.

The Jenpeg generating station and its facilities are located in Pimicikamak territory on the Nelson River near Cross Lake.