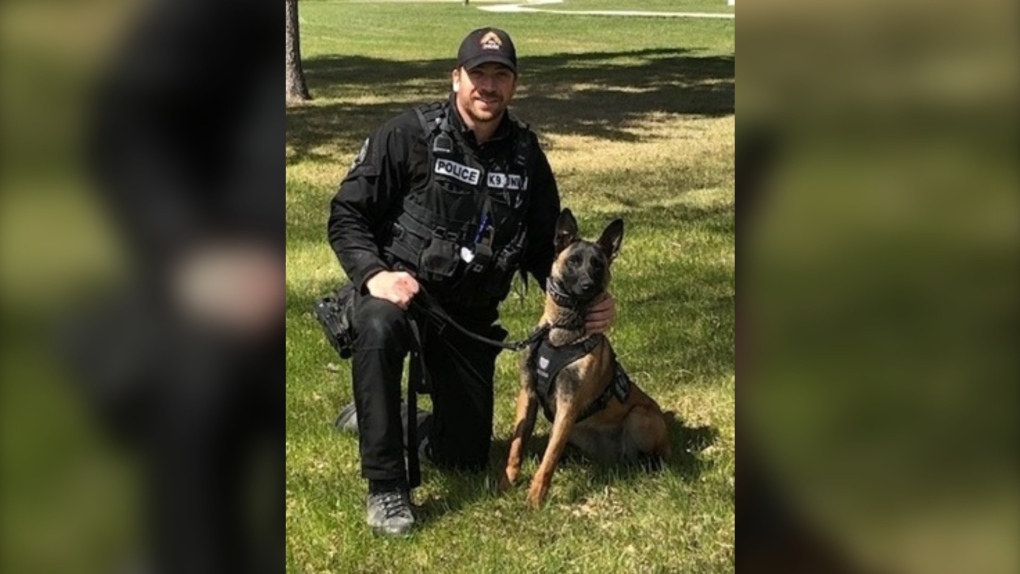 The MFNPS K-9 Unit CETO and one if its handlers. (Source: MFNPS)

With these two recent arrests, the MFNPS said K-9 CETO has a total of seven apprehensions so far in June.

MFNPS said on June 25, a suspect wanted on an unendorsed warrant for assault, forcible confinement, and failure to comply with several court-ordered release conditions, was involved in a hit and run.

The First Nations police said the K-9 unit arrived on scene and went to an area where the suspect was reportedly last seen riding as a passenger on an ATV.

"Officers flooded the area and began patrols for the suspect," the MFNPS said in a news release.

"A short time after, the K-9 Unit located the ATV leaving a driveway of a local residence on Sandy Bay First Nation, with the suspect on the back of the ATV."

Police said when officers activated emergency equipment, the suspect then jumped off the back of the ATV and began running down the driveway.

K-9 CETO was deployed and MFNPS said its handler gave the suspect a warning, telling them to stop or the K-9 would be released. 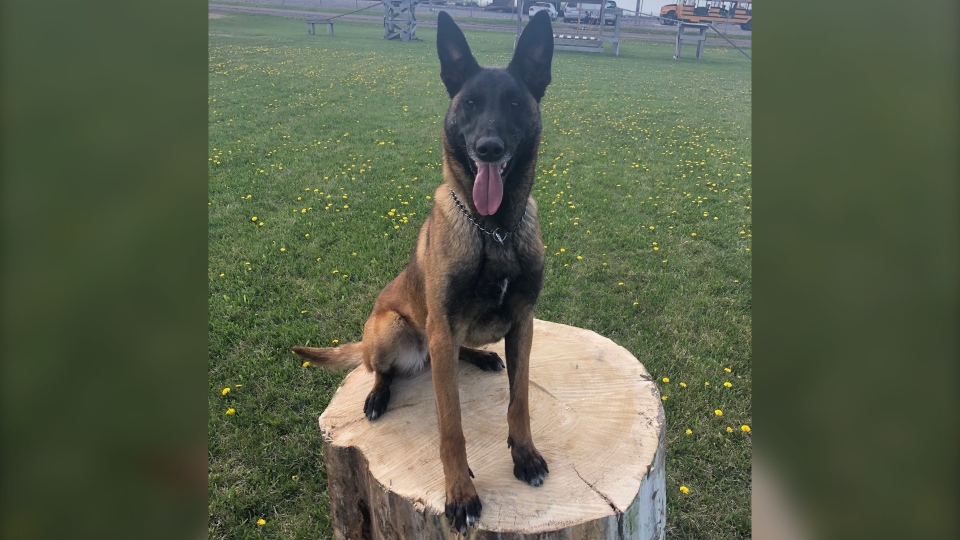 The suspect complied and was arrested without incident.Police said officers found a screwdriver and a large amount of cash on the suspect.

A 21-year-old man from Sandy Bay First Nation was charged with assault, forcible confinement, and failure to comply with several court-ordered release conditions.

The charges against him have not been proven in court. Police said the investigation into the hit and run is continuing.

Police said shortly after this incident, MFNPS was informed another suspect, who was wanted on several warrants, was seen driving a yellow Ford Mustang onto the Sandy Bay First Nation.

MFNPS said officers located the suspect and attempted to pull them over, but they sped off towards a residence on Centre Road. The suspect parked the vehicle and ran away on foot.

Police said the K-9 handler yelled two warnings at the suspect, who refused to stop, and the K-9 unit was released.

"Both the K-9 and handler gave chase to apprehend the suspect," the MFNPS said in a news release. "After a 500-meter foot chase, the suspect was apprehended by K-9 CETO, arrested and taken into custody."

A 28-year-old man is facing charges of flight from police, resisting arrest, and driving while prohibited. The charges against him have not been proven in court. Police said he has been held in custody.