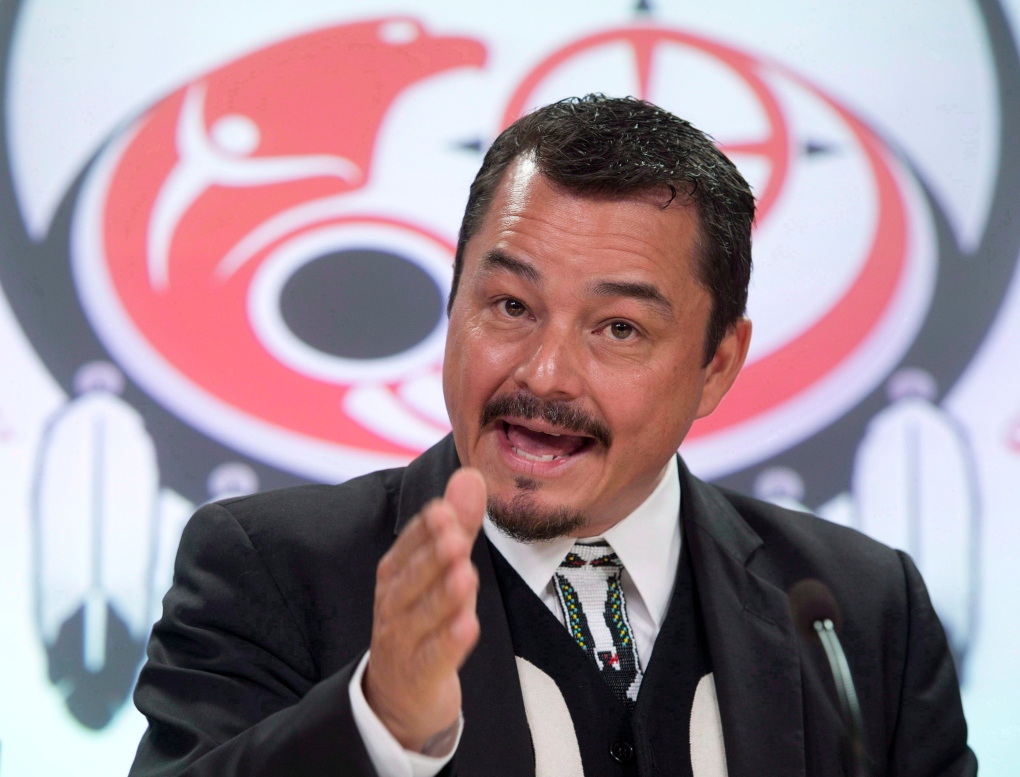 OTTAWA -- The national chief of the Assembly of First Nations finds himself in the difficult spot of supporting a Harper government bill that one of his chief political rivals described Monday as an affront to Canada's aboriginal community.

Shawn Atleo has publicly backed Bill C-33, the so-called First Nations Control of First Nations Education Act, calling it a step toward long-standing aboriginal demands for control of their schooling, respect for their treaty rights and recognition of their language and culture.

An AFN analysis sent to chiefs last week said the status quo is "absolutely and fundamentally contrary to treaty, inherent and human rights and must change." The document concluded Bill C-33 is a "is a constructive and necessary step."

But some First Nations leaders don't see it that way. They say the legislation strips away their rights and puts too much control over their children's education in the hands of the federal government.

"This is a new day," Derek Nepinak, the Grand Chief of the Assembly of Manitoba Chiefs, told a news conference Monday.

"This is a new era in First Nations leadership where we don't accept the crumbs that they are offering as enticements to allow for our jurisdictions to be swept away under their legislation."

Nepinak and aboriginal leaders from four other provinces were in Ottawa to denounce the bill and serve notice that they will do "whatever is necessary" to get the attention of the Canadian public and the governing Conservatives.

"We are planning, whether they be deemed demonstrations, rallies ... to again get attention," said Grand Chief Michael Delisle of the Mohawk Council of Kahnawake.

"But I think (the) Canadian economy, eventually, will be the target. Again, I can't give you specifics today, but we're prepared to take whatever action (is) necessary to ensure the control is not taken away from us."

Such action could include a blockade on the Ambassador Bridge between Windsor, Ont., and Detroit if Bill C-33 becomes law, said Gordon Peters of the Association of Iroquois and Allied Indians.

But Peters and other First Nations leaders say they shouldn't have to make threats to have their voices heard.

"Oftentimes we get caught up in these dialogues where we're talking about using force against force, and that to me puts it in a tailspin and it gives Canadians the wrong idea about who we are," Nepinak said.

It's not the first time Nepinak has been at odds with Atleo. When the AFN held its annual meeting in Whitehorse last summer, Nepinak helped organize a competing gathering of rival chiefs in Saskatchewan, forcing some people to choose which meeting they would attend.

Nepinak was also among those who criticized Atleo for agreeing to meet Prime Minister Stephen Harper at the height of the Idle No More protest movement last January.

Nepinak and the other First Nations leaders say most aboriginal communities they represent do not support the bill and want to see it scrapped.

However, Aboriginal Affairs Minister Bernard Valcourt has said Bill C-33 meets the five conditions outlined by the Assembly of First Nations and chiefs during a meeting in December.

Those conditions called on the government to ensure aboriginal communities retain control of education, and to provide a statutory funding guarantee, recognition of First Nations languages and culture, shared oversight and ongoing, meaningful engagement.

"The introduction of this legislation comes after years of unprecedented dialogue and consultations with First Nations all over the country and the Assembly of First Nations, who identified a need for a better education system for First Nation children," Valcourt's office said in an emailed statement.

However, Nepinak and the others take issue with the AFN negotiating with the federal government on behalf of First Nations.

"I agree with the words of Shawn Atleo that the AFN is not a rights-bearing entity. I agree with his words when he says that," Nepinak said.

"The challenge we face is we come up against a minister who says that the proponent for negotiating and consulting on this bill is the AFN. So clearly when our national chief sits with the minister, there is a clear misunderstanding about who's doing what and who's saying what."

Meanwhile, Atleo is urging each First Nation to let Ottawa know what they think of the bill.

"AFN continues to advocate as directed by chiefs from across the country, to achieve fairness and equity in education respectful of our languages and cultures," he said in a statement Monday.

"This effort is built on a solid foundation of First Nations control of First Nations education and continues to be about the children -- our future -- educating them in their home territories and supporting their dreams and educational success anywhere they choose."