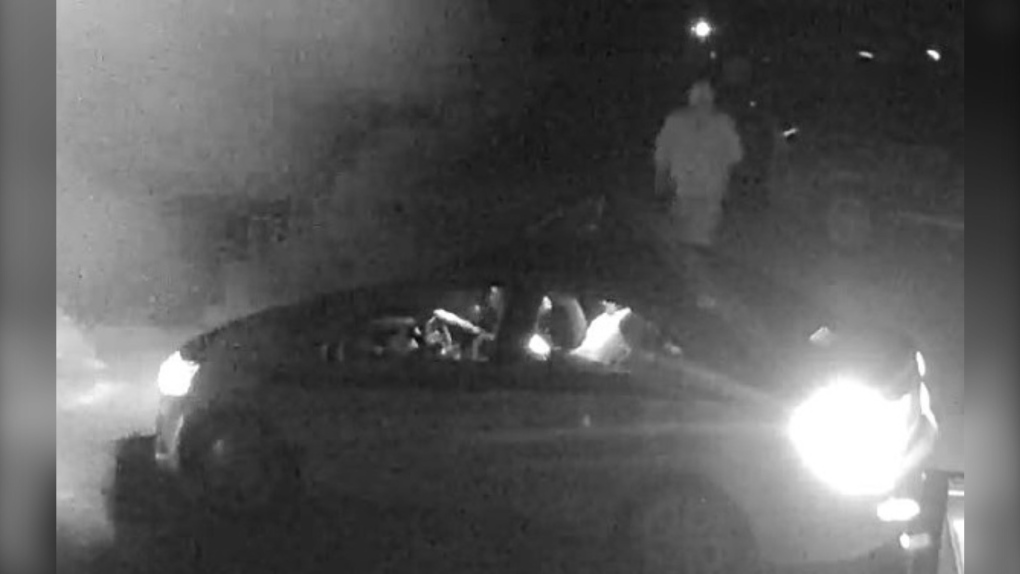 Police are asking for help from the public in identifying the vehicle and suspects captured on video surveillance. (Source: Manitoba RCMP)

RCMP in Fisher Branch are on the lookout for four suspects after a drive-by shooting Thursday morning.

Mounties say they got the report around 8 a.m. on Sept. 29 that a shot had been fired towards a home near Fisher River Cree Nation school.

When they arrived, officers found a bullet hole in the outside of the home. The school was placed in lockdown and later closed by school officials.

Investigators believe that four men drove up to the residence around 4:30 a.m. They say one suspect got out of the vehicle and shot towards the home before returning to the car and driving away. Residents – including children – were home at the time, but no one was injured.

Police are asking for help from the public in identifying the vehicle and suspects captured on video surveillance. Anyone with information is asked to call Fisher Branch RCMP.