WINNIPEG -- WARNING: The pictures and details in this article may be disturbing to some viewers.

Workers at the Brady Landfill in Winnipeg made a grisly discovery last week—five hens were found alive and moving among thousands of euthanized hens that had been dumped. It is not the first time this has happened.

Brittany Semeniuk, the animal welfare consultant for the Winnipeg Humane Society, told CTV News the workers made the discovery on April 1, and alerted The Good Place: Farm Rescue & Sanctuary.

"When the workers at the landfill noted that some of the chickens were not in fact killed like they were supposed to be, they called the farm animal sanctuary who came as soon as they could to rescue these chickens," Semeniuk said.

She said the hens were among thousands of euthanized hens that were dumped at the landfill from an industrialized egg-laying farm. 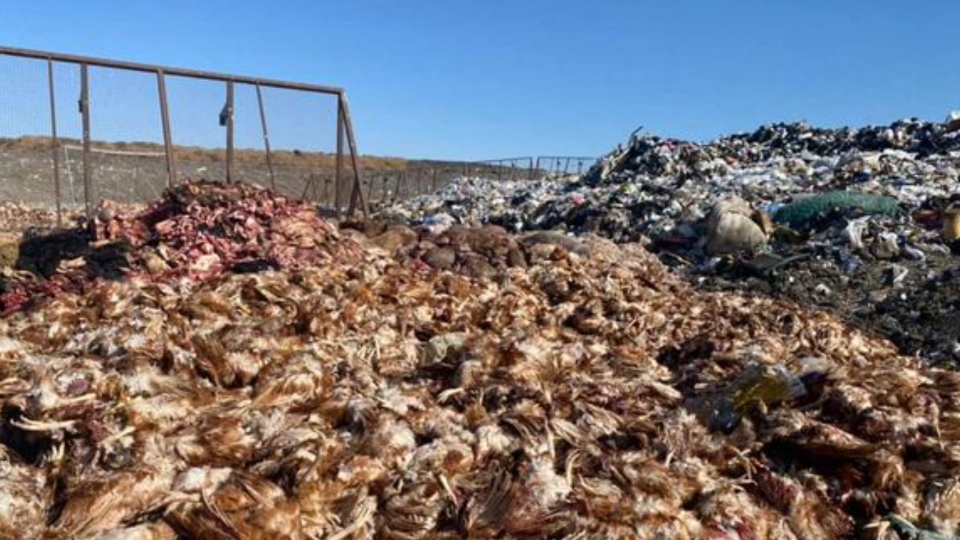 "What many Canadian consumers don't realize is that the mass culling of egg-laying hens is considered a standard practice within the egg-laying industry," Semeniuk said.

In a statement to CTV News, a spokesperson for the City of Winnipeg – which operates the Brady Landfill – said the workers who found the hens were able to capture them, and contacted the province as per regulations. The hens were later picked up by the rescue.

The spokesperson noted dead animal disposal is permitted at the facility as long as provincial regulations are followed.

Manitoba Egg Farmers confirmed it was aware the hens had been found alive among the flock that had been euthanized and taken to the landfill.

Manitoba Egg Farmers told CTV News in a statement that chickens and hens are 'culled' once they reach the end of their lay. They said a commercial hen's life cycle is about a year and a half.

"After that time, the quality of the eggs begins to deteriorate. Weaker shells are more susceptible to breakage and may pose a food safety risk to the public," Manitoba Egg Farmers said, adding at that point the flock is euthanized by trained professionals.

It said the dead hens are sometimes used as composting on the farm, sent to a processing plant to be made into pet food, used in the farm's kitchen, or sent to a landfill.

While the culling of the hens is normal practice, Manitoba Egg Farmers said it was "devastated" to hear about the five hens found alive.

"This situation should never have happened," Manitoba Egg Farmers said in a statement to CTV News, adding it takes full responsibility.

This is not the first time it has happened. Manitoba Egg Farmers said in July 2020, two hens were found alive at the same landfill.

Semeniuk called the process of discarding the spent chickens 'incredibly wasteful' and questioned why the animals are killed in mass when they are less than two years old.

"Just because egg production starts to decrease within a barn should not be an instant death sentence for these young healthy birds," she said.

She said when mass culling of flocks does happen, there should be better systems in place to ensure all animals are certified as being dead before they leave the premises.

The five hens that were rescued from the landfill are on the mend, Semeniuk said. She said the hens will live out the rest of their lives at The Good Place: Farm Rescue & Sanctuary. 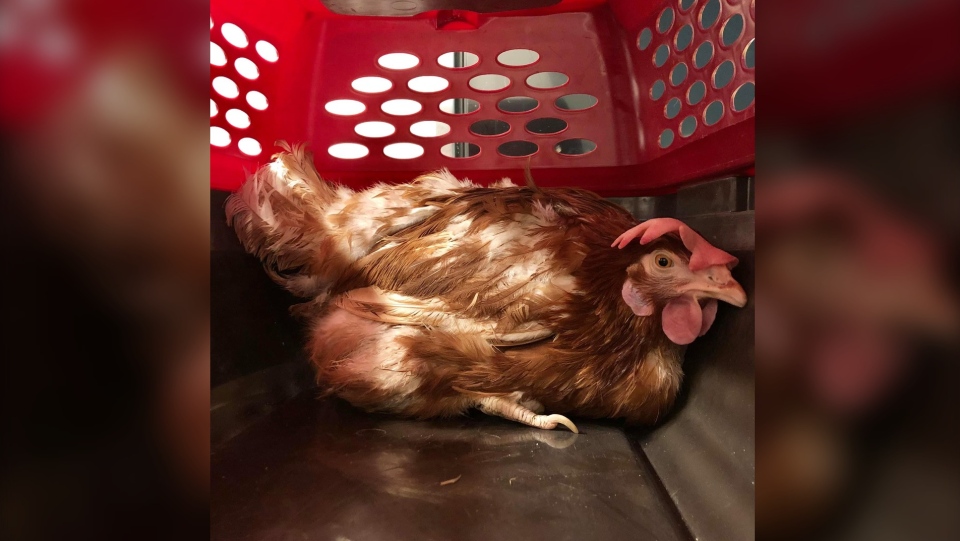 The Winnipeg Humane Society said it is urging Manitobans to look beyond the labels on egg cartons, and suggests exploring egg alternatives or buying eggs from farms that allow people to visit the chickens to see firsthand how they are raised.

Manitoba Egg Farmers said it is following up with all the parties involved to enforce animal welfare protocols.

"We are continuing to evaluate this as it unfolds and are committed to ensuring this never happens again."