Flames break out at Transcona Bioreserve 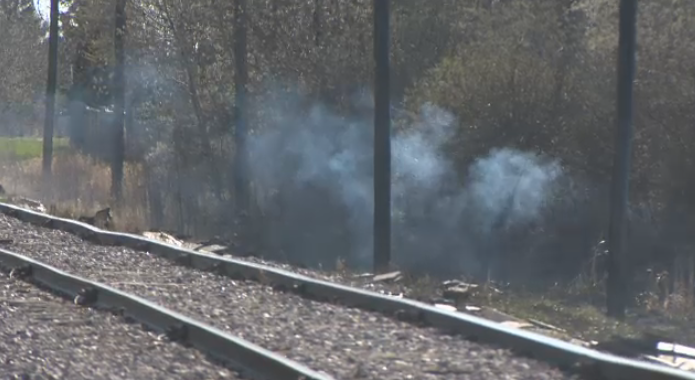 Flames broke out at the Transcona Bioreserve Monday afternoon.

A City of Winnipeg spokesperson said firefighters were called at 3:40 p.m. to a grass and brush fire in the area near Winona Street and Whiteshell Avenue which had spread into the bioreserve.

Crews used a drone in the difficult-to-access environment, which helped them find the main body of the fire and the best way to access it.

A nearby rail line was temporarily shut down to help firefighting efforts.

The fire was declared under control at 6:26 p.m.

There was no estimate of the size of the fire Monday night.

No cause had been determined.