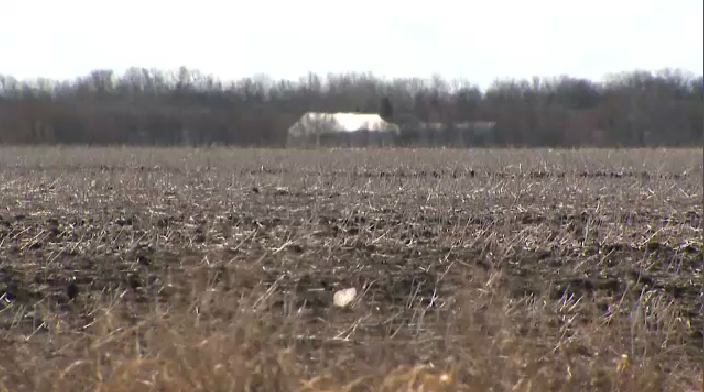 WINNIPEG -- An early April snowstorm scheduled to hit Manitoba on Monday could bring farmers and firefighters some much-needed precipitation.

Phil Veldhuis, president of Direct Farm Manitoba, said farmers are crossing their fingers for some moisture.

"It's been dry since really midsummer last year, no moisture at all in the fall or winter," Veldhuis said. "I don't think it's affecting us yet, but we're super concerned about the growing conditions this spring."

Veldhuis is also the owner of Phil's honey. Like farmers, he's buzzing for some precipitation, as a lack of moisture could lead to a poor honey harvest.

"If plants don't grow, they don't flower, and then bees don't get nectar. I'm just as needing moisture as anyone else," he said.

The dry conditions are a stark contrast to years prior, which were so wet, some parts of the province flooded.

"Coming into 2020, we were very wet and very saturated, and in 2021 it's looking to be on the opposite end of that, being quite dry," said Jake Ayre, vice president of Keystone Agricultural Producers.

Ayre says the crops most at risk right now are fall rye and winter wheat.

Environment Canada predicts two low-pressure systems will sweep across the province on Monday.

The weather service said the systems could bring anywhere from 5-20 centimetres of snow to southern Manitoba.

Farmers aren't the only ones celebrating the potential precipitation. The Stuartburn Fire Department saw a large grass fire near Zhoda, Man. on Monday and is counting on the moisture to suppress the risk of another one.

"It's going to help us out immensely," said Fire Chief Bob Fosty. "Any moisture that comes, whether it's rain or snow, is going to get the areas damp enough that they won't ignite."

As for the farmers, they know prairie weather can turn for the best - or the worst.

"My father always said, 'Jake, we are always three days away from a flood or three weeks away from a drought.' That's the name of the game in agriculture and we are always constantly making decisions, sometimes down to the midnight hour," said Ayre.