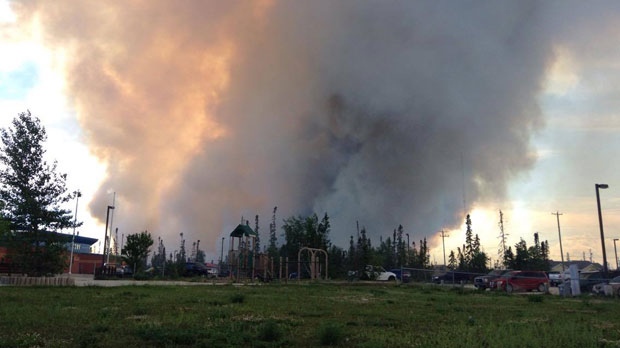 The Manitoba government has issued evacuation orders for remote communities of Easterville and Chemawawin Cree Nation.

Paul White, a provincial spokesperson, said the evacuations are in order due to smoke and the threat from a fire that has moved to within half a kilometer of the community.

The province is sending 70 people from Easterville to the Pas, and 2,000 residents from Chemawawin to Winnipeg.

The Red Cross, who has been requested by the federal government to intervene, is transferring people from Chemawawin to Winnipeg by car and bus.

“We are doing everything we can to get people out as quickly as possible,” Red Cross spokesperson, Jason Small, said.

He told CTV News the Red Cross is not sure how long it will take to evacuate the community.

The drive to Winnipeg could take up tofive hours.

Evacuees will stay in city hotels, and the red cross will provide support for transportation, food and other necessities.

small said he is not sure how long the evacuation will take.

He was not able to give a time frame as to when residents would be able to return home.

a graduation ceremony on the chemawawin was cut short because of the approaching forest fire.

Melissa Houle from Easterville, was attending the ceremony that started at 3 p.m. Thursday.

By about 3:30 p.m., she said they received word from Red Cross that they had to evacuate because of the approaching fire.

It began nearby, two days earlier.

“They are busing everybody out,” Houle said.

She said the whole community was told to evacuate immediately. Houle said people were told they were only allowed to take one bag.

There have been a total of 100 wildfires in Manitoba so far this year – the average for this date is 233.